India   All India  06 Apr 2017  In next rural, LS polls, BJP will emerge as only alternative to TMC: Rahul Sinha
India, All India

In next rural, LS polls, BJP will emerge as only alternative to TMC: Rahul Sinha

'Never before in the history of independent India, Bengal had seen such a corrupt government,' the BJP national secretary said. 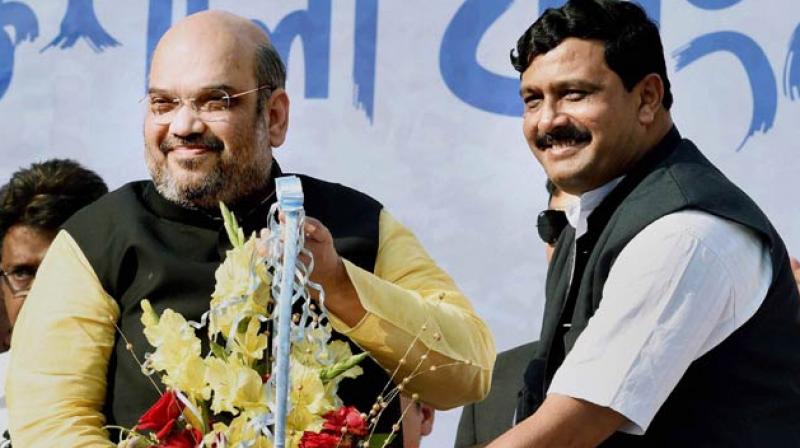 Kolkata: BJP national secretary Rahul Sinha on Thursday said his party will emerge as the only alternative to the Trinamool Congress in the next rural polls in West Bengal, due in 2018.

"People of this country have reposed faith in the honest and good governance of the Narendra Modi government in the several elections held after the BJP's coming to power at the Centre in 2014.

The people of the state too want a corruption free government. In the next rural and Lok Sabha polls, BJP will emerge as the main alternative to the TMC in the state," Sinha said in his address after the flag hoisting ceremony on the party's foundation day at the BJP state headquarters in Kolkata.

Accusing the TMC of running the "most corrupt" government since Independence, Sinha said, "Never before in the history of independent India, Bengal had seen such a corrupt government".