He further claimed that the fly ban was acting as impediment to complete his duties, saying that the investigation will reveal the facts. 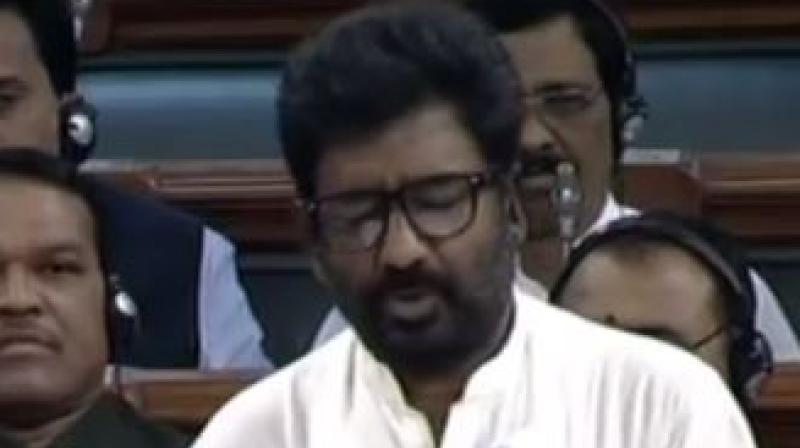 New Delhi: Shiv Sena MP Ravindra Gaikwad apologised to Civil Aviation Minister Ashok Gajapati Raju for his alleged assault of an Air India staff post which a no-fly ban was levied by airlines on him.

“It could have been no one’s intention to have let the situation aggravate to the level that it eventually did,” the MP wrote in his letter to Raju.

While the investigation will reveal the facts to fix responsibility, Gaikwad wrote that “this incident may kindly not be seen as a reason for likely recurrence of such an event in future also”.

He further claimed that the fly ban was acting as an impediment to complete his duties and asked for a revocation of the same.

Shiv Sena earlier on Thursday had threatened to boycott the meeting convened by the National Democratic Alliance (NDA) if the ban on its party lawmaker Ravindra Gaikwad is not lifted by April 10.

The Shiv Sena MPs had surrounded Raju in the Parliament earlier over the flying ban on Gaikwad and threatened that unless it is lifted they "won't allow the airlines to fly from Mumbai".

The incident happened after the Lok Sabha was adjourned by Sumitra Mahajan till 12.45 pm over the Shiv Sena protest.

The Shiv Sena MPs were agitated over a statement of the Civil Aviation Minister, who reiterated that the ban was not aimed at a Member of Parliament, but for a passenger and safety was most important in flights.

This led to a protest by the Shiv Sena members and the House was adjourned.

Gaikwad, who was banned from flying after he assaulted an Air India staff, said that he had been provoked and alleged that the airline staff misbehaved with him.

Speaking on the issue during Zero Hour, Gaikwad demanded that the flying ban on him be lifted.

He got support from other opposition parties.