Based on its findings, the CBI might charge sheet the accused, it may add or delete an accused in the charge sheet or file a closure report. 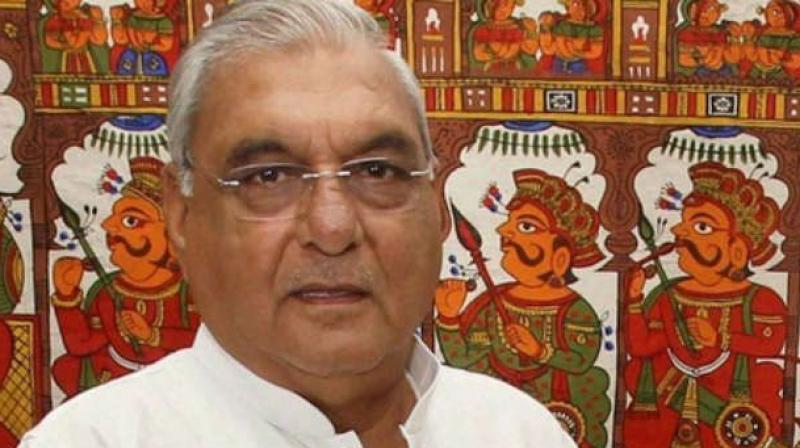 New Delhi: The CBI has registered a case of criminal conspiracy and cheating against the then Haryana Chief Minister Bhupinder Hooda and Associated Journals Ltd, which runs National Herald, for alleged irregularities in the land allotted to the newspaper.

According to the rules, the CBI has taken over the FIR registered by State Vigilance Bureau of Haryana with the charges of criminal conspiracy, cheating and corruption against the then Chairman HUDA (the then Chief Minister B S Hooda), then Chief Administrator, HUDA, the then administrator, Financial Commissioner, Town and Country Planning department, Associated Journals Limited and others.

As per the procedure, the agency takes over the FIR registered by a state police or state department and carries out its own investigation. The conclusions are reached by the agency independently which may differ from the line of investigation by the state police.

Based on its conclusions, the CBI might charge sheet the accused, it may add or delete an accused in the charge sheet or file a closure report if no crime is proved.

The complaint from Haryana Government, which is now part of the CBI FIR, alleged that AJL was allotted a plot in Panchkula in 1982 on which no construction took place till 1992 prompting the Haryana Urban Development Authority (HUDA) to resume the plot.

The FIR alleged that the then Chief Minister Hooda as Chairman HUDA abused his official position, contravened the policies and went against the advice rendered by the official to re-advertise the plot, to re-allot to AJL at original rates plus interest on August 28, 21005.

The investigation carried out by Haryana Police after the BJP Government came to power concluded that allotment was done in an "arbitrary manner" and in complete violation and disregard to the HUDA Act and against advise of the official which caused wrongful loss to the exchequer and "wrongful enrichment" to the company.

The State Government referred the matter to the CBI because of alleged involvement of persons in "high places" and the company having offices in number of states which would be beyond the working of state vigilance bureau.