The duty of the police is to investigate on the first information received by it. 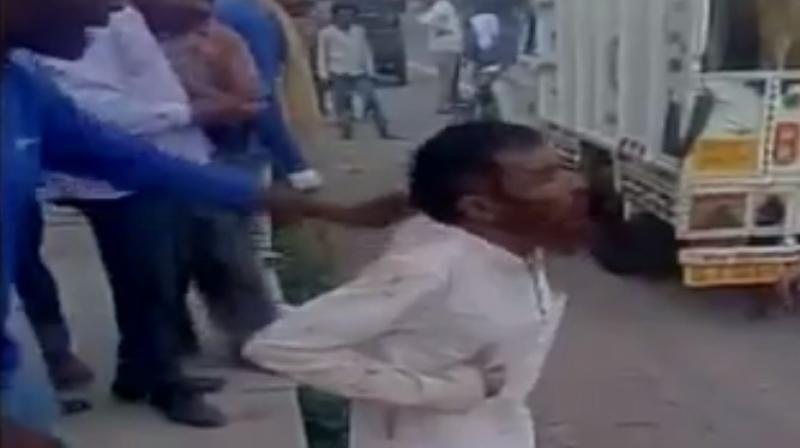 Alwar (Rajasthan) : Promising a thorough investigation into the recent incident in Alwar where a Muslim man was lynched by the cow vigilantes, the Rajasthan Police on Thursday assured that the perpetrators would be brought to book.

Alwar Superintendent of Police (SP) Rahul Prakash said they are trying to detain the six named in the FIR and interrogate them at the earliest.

"A total of six people have been named along with 200 others. We are trying to detain the six named and interrogate them at the earliest. If out of them, some claim innocence then we will examine the evidence produced by them," he said.

The Superintendent of Police further said the victim died due to injuries in his chest and lower abdomen. He also assured that an unbiased probe would be made into the matter.

"The duty of the police is to investigate on the first information received by it. I would like to assure everybody that the investigation will be unbiased. Those responsible will be arrested and the innocent will not be troubled," he said.

Three people were arrested yesterday in connection with an attack on a group of five men by the cow vigilantes that led to the death of one man.

Pehlu Khan and others were injured after an attack by a mob, who thought they were smuggling cows through Rajasthan. Khan succumbed to his injuries on Monday night.

Khan and others were returning from a fair in Jaipur where they had purchased a few cows.The incident took place on April 1 after gau rakshaks affiliated with the Vishwa Hindu Parishad (VHP) and Bajrang Dal stopped their vehicle on NH-8, alleging that they were illegally transporting cows.

An FIR has been registered and investigation is currently underway in this regard.