India   All India  06 Apr 2017  3 accused of killing Muslim for transporting cows in India
India, All India

3 accused of killing Muslim for transporting cows in India

Police said the animals were dairy cows that the men had purchased at a cattle fair. 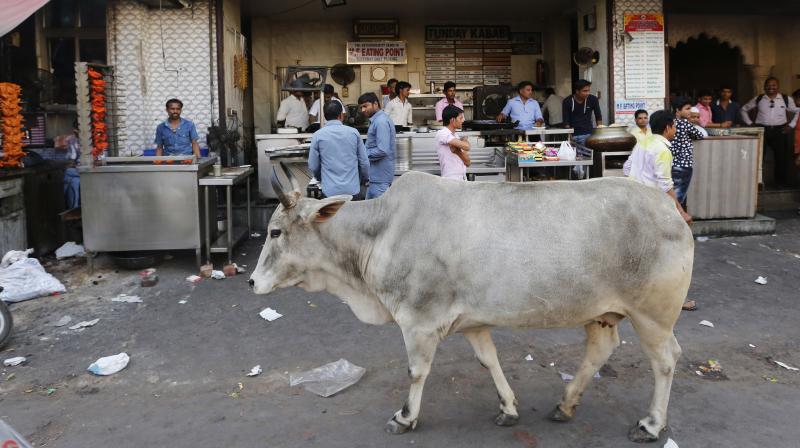 Jaipur: Indian police say they have arrested three Hindus suspected of beating to death a Muslim man whom they accused of transporting cows for slaughter.

Fifteen Muslims were brutally beaten Saturday in Rajasthan state in the latest violence by Hindu vigilante groups over treatment of cows, which Hindus they consider sacred. One man died later of his injuries.

Police said the animals were dairy cows that the men had purchased at a cattle fair. Police officer Rahul Prakash said on Thursday that three suspects were arrested Wednesday night and six others were being sought by police.

Hindus account for 80 percent of India's 1.3 billion people. In many Indian states, including Rajasthan, the slaughtering of cows and selling of beef is banned.