7 Cong MPs suspended in Lok Sabha for rest of session

Congress’ Lok Sabha leader Adhir Ranjan Chowdhary told the media his party would be reaching out to other Opposition parties for a joint protest. 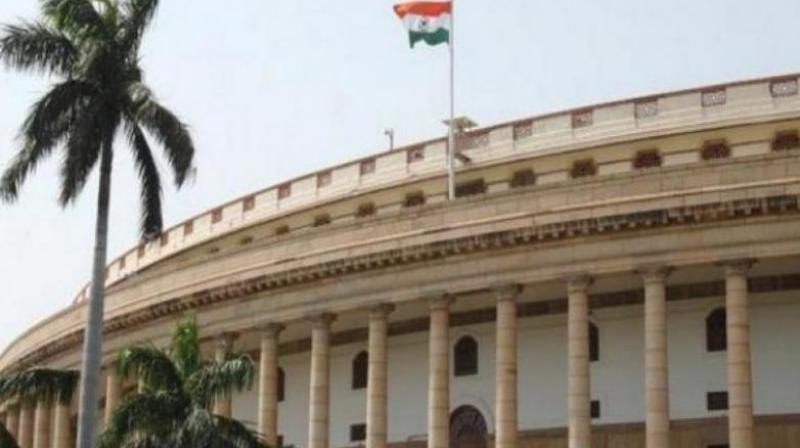 Parliamentary affairs minister Prahlad Joshi then moved a motion to suspend the members from the House for the remaining period of the Budget Session, that was passed by a voice vote amid protests by the Opposition. (Photo: File)

New Delhi: Seven Congress MPs were on Thursday suspended from the Lok Sabha for the rest of the Budget Session for gross misconduct and violation of rules. The principal Opposition party was quick to term it as “undemocratic”, and said it would consult all other Opposition parties for a joint protest against the move.

The House has been seeing repeated disruptions since the beginning of the second half of the Budget Session on March 2, with the Opposition demanding a discussion on the Delhi riots and the government insisting that any such discussion be held only after Holi.

Congress members were in the Well seeking suspension of Hanuman Beniwal of the Rashtriya Loktantrik Party, a regional outfit from Rajasthan backed by the BJP, who had made certain remarks against the Gandhi family.

Earlier, during Zero Hour, when MPs across party lines were speaking on the coronavirus outbreak after health minister Harsh Vardhan had read out a statement on the issue, Mr Beniwal, participating in the discussion, said there should be a probe on whether the coronavirus was being spread from the “home” of Congress president Sonia Gandhi as a large number of people who were found to be affected by the virus are from Italy. As of now, 14 Italians have tested positive for coronavirus in India.

Parliamentary affairs minister Prahlad Joshi then moved a motion to suspend the members from the House for the remaining period of the Budget Session, that was passed by a voice vote amid protests by the Opposition.

“That this House, having taken serious note of gross misconduct of these members’ utter disregard to the House and authority of the Chair and having been named by the Speaker, resolve that these members be suspended from the service of the House from the remainder of the session,” Mr Joshi said, reading out the motion.

The Rajya Sabha too was adjourned for the day after a discussion on the coronavirus outbreak.