India   All India  06 Mar 2019  A targeted approach is required to eliminate trans-fat from Indian menus
India, All India

According to the WHO, approximately 540,000 global deaths each year can be attributed to intake of industrially produced TFAs. 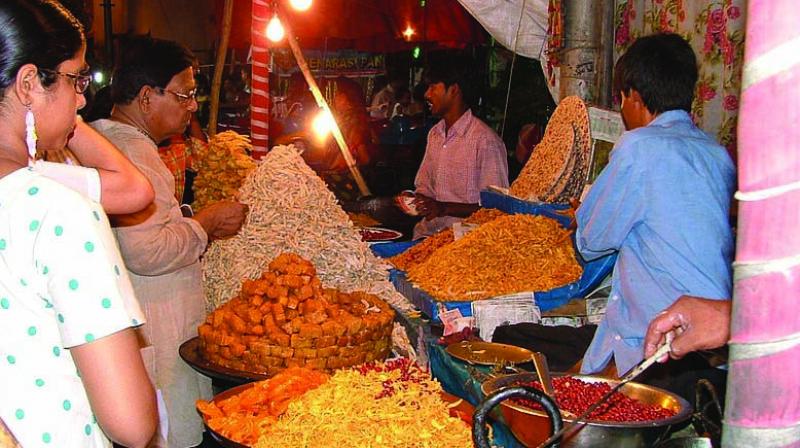 Watch out for trans-fats to achieve a happy marriage between nutrition and taste.

Trans-fats” — the word has gained negative publicity amongst consumers in recent times due to its harmful effects on human health and its directly associated risk with cardiovascular disease (CVD), which in turn is the main contributor to the global burden of illnesses.Recognising the harmful health effects of transfats or Trans Fatty Acids (TFAs), countries and states worldwide are designing policies aimed at eliminating the availability of TFAs in the food supply.

Aligning with the targets of the World Health Organisation (WHO), which call for the global elimination of industrially produced trans-fat by 2023, the Food Safety and Standards Association of India (FSSAI), has fixed the target to bring down TFAs in fats and oils to not more than 2 per cent by weight by January 1, 2022, which is a year before the target fixed by WHO. In recently proposed amendments to the Food Safety and Standards (Food Products Standards and Food Additives) Regulations 2011, the regulator has taken up a phased approach where the industry has to bring down the composition of TFAs to three per cent by weight by January 1, 2021, from the current allowed limit to five per cent and finally a year later to a global target of two per cent by weight. The efforts and ambitions of FSSAI are commendable in designing policies towards the safety of consumers. However, the regulator needs to check for gaps and make the necessary rectifications immediately. The proposed regulation has a big loophole as it only applies a TFA limit to fats and oils in pure form and fails to set the limit for fats and oils in all foods. Taking advantage of this, foods products in India could continue to have high levels of TFA after the regulation goes into effect, minimising the public health benefits of this policy intervention.

Partially Hydrogenated Vegetable Oils (PHVOs), popularly used as bakery shortenings and frying oils, are considered the main source of trans-fats, especially in a country like India where love for deep-fried food overpowers health concerns. The
long shelf life and low cost of PHVOs are two major factors making it favourite of the food industry, compromising with the health of consumers. It is estimated that a two per cent increase in energy intake from trans-fat is associated with a 23 per cent increase in risk of heart disease, resulting in CVD as a common cause of mortality amongst all age groups. According to the WHO, approximately 540,000 global deaths each year can be attributed to intake of industrially produced TFAs. Some studies have also pointed to the relation of TFAs to insulin sensitivity and Type 2 diabetes, inflammation, atherosclerosis, obesity, aggressive and hyperactive behaviour and even cases of infertility in women.

The elimination of trans-fats from India needs a targeted approach where the policies should be designed and implemented hand-in-hand with simultaneous attention to a multisectoral approach to eliminate trans-fat from the entire food chain and not just oils and fats, as proposed in the present regulations. In 2015, FSSAI limited TFAs to be not more than five per cent in vegetable fat/oil, margarine and fat spreads and hydrogenated vegetable oils with a deadline of compliance till 2017. As of now, the FSSAI also does not have any data on compliance and is in the process of testing products to see if the industry has adhered to the regulation. The framing of regulations without followed adherence and evidence of compliance builds up a trust deficit and allows space for more extensions of deadlines and the same should not be the fate of the current proposed limits of three per cent and eventually two per cent by 2022.

On another note, while FSSAI is the nodal agency at the national level, no regulations can become successful without active involvement and dedicated efforts by individual states and, moreover, the cities. The PHVO industries, popularly known as the Vanaspati oil industry at the local level, are based in multiple states and the responsibility of overseeing the compliance of regulations through collection and testing of samples comes down to the state governments. According to a mapping of the PHVO industry in six states (Punjab, Rajasthan, Tamil Nadu, Andhra Pradesh, Madhya Pradesh and Maharashtra) conducted by CUTS International recently, it came forth that while the state of Tamil Nadu is working well to provide food safety to citizens based on indicators like the presence of a strong food safety administration, regular food samples collection, testing and registration of cases of default, the presence of appropriate food testing labs (both public and NABL accredited); the status of Punjab and Rajasthan is a subject of concern. Both Punjab and Rajasthan have a strong presence of PHVO industries with a major consumption of trans-fat heavy food products, which requires stronger presence and vigilance by state governments to secure the residents. Apart from formally registered PHVO industries, there is also a dire need to check on unregistered entities which supply low cost, fake and harmful Vanaspati oil to informal food markets on the streets of India.

Regulating the industry is one means of bringing in change but the behavioural change of consumers, who refuse to compromise with the taste of their food and opt for healthier options, is another target subject needing undivided attention. The innovative initiatives of FSSAI in this regard again deserve huge appreciation. The “Eat Right Movement” with the tag line of “Aaj se Thoda Kam (Today onwards, a little less)” launched in July 2018, the media campaign “Heart Attach Rewind” broadcasted in 17 languages in November and the Swasth Bharat Yatra over a duration of 104 days were all aimed to target the audience of all age groups and regions of India. The subject of healthy eating and promotion of food with low levels of fat, salt and sugar have received long pending attention through these awareness initiatives by FSSAI
but the movement will lose its pace if the states do come out and work diligently to take it forward through similar innovative awareness ideas for consumers.

India with a population of 1.3 billion cannot afford to lose its human capital and potential demographic dividend to the presence of a killer like trans-fat in our food supply chain. It is critically important to regulate trans-fat consumption from a young age because once the damage is done, it is irreversible. It’s time, FSSAI, states and consumers come together and work for a “trans-fat free India”.