In the 1971 war with Pakistan, 54 Army personnel were listed as missing. 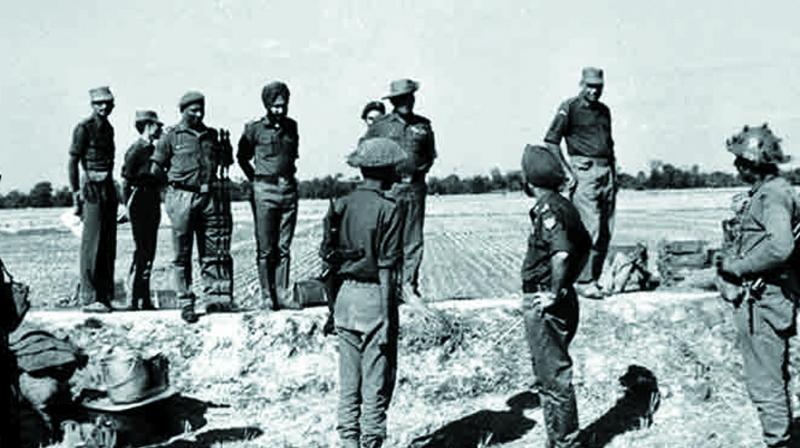 Though the Pakistan government has never confirmed it, they are believed to be in jails in that country.

Ahmedabad: While the country celebrated the return of Wing Commander Abhinandan Rathod, a family in Chandarni village near Himatnagar city in North Gujarat remained in despair.

The incident took them back to 1971, when their son, Kalyansinh, went ‘missing in action.’ It has been 48 years now and they are still waiting to hear about his return.

“He was posted in Hyderabad and was sent to Balsara Point in Jammu and Kashmir during the war. There has been no news of him since then,” said his elder brother, Dilipsinh.

At that time, Kalyansinh was a captain in the Assam Regiment-5. The son of magistrate Harisinh Rathod, Kalyan was the youngest of four siblings. He worked at a private firm in Pune with brother Dilipsinh before joining the Army and taking part in the war. The subject of prisoners of war has resurfaced with the homecoming of Wing Commander Rathod just a few days after he was captured.

In the 1971 war with Pakistan, 54 Army personnel were listed as missing. Though the Pakistan government has never confirmed it, they are believed to be in jails in that country.

Time and again family members of these alleged prisoners have raised this issue with the Indian government and even filed applications in the Supreme Court, but with no results so far.

Kalyansinh’s family received a letter during the war from the Army saying he had gone missing. Later, they were informed that he had been killed in action. But no proof of this had been presented.

Mr Dilipsinh went to Pakistan in a delegation of family members of missing military personnel, but couldn’t find his brother there. No records on him were available.