Women earn 25 per cent less salary than men in India

62.4 per cent women feel that their male counterparts get more promotions opportunities. 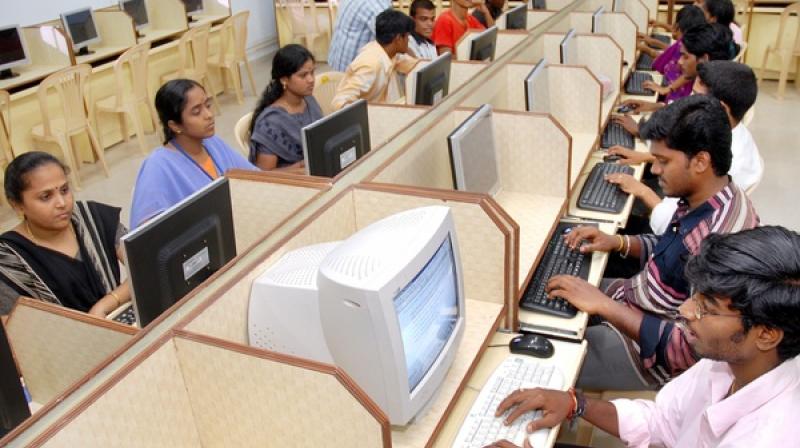 New Delhi: Women earn 25 per cent less salary than men in India, while a majority of the female workforce feels their male counterparts get more promotion opportunities.

Despite conversations on equal pay and initiatives being taken to create a more inclusive environment, 62.4 per cent women feel that their male counterparts get more promotions opportunities and gender continues to play a role in deciding promotions along with other parameters. The survey was conducted on Monster India's database capturing responses from over 2000 working women.

Over 68.5 per cent respondents expressed that even if gender parity is a priority, the management does not walk the talk and there isn't any change in the situation. It further said that it's not just 'glass ceilings', but also 'glass floors', 'glass doors' and 'glass walls' at the workplace.

"One of the reasons could be that women are forced to quit their jobs or take leaves due to 'life stage needs' like maternity and child care. About 13.1 per cent feel the absence of proper child care is one of the biggest challenges for women professional. This can be taken care of by an ability to do the same job from
home or child care facilities at workplace.

The gender pay gap in the BFSI sector was at 21.5 per cent, while, in education and research sector the average gender pay gap was at 14.7 per cent. "In India, the gender pay gap story holds true and the overall gap across India Inc is at 25 per cent. This primarily is a manifestation of the underlying diversity challenges that organisations currently face," Sanjay Modi, Managing Director, APAC & Middle-East, Monster.com said.

Modi further noted that "there is a dire need for tangible initiatives to bridge this pay gap with removing structural impediments to women's growth providing access to skills training, jobs; and decision-making”.