Police escorted them from MLAs’ hostel to their residence. 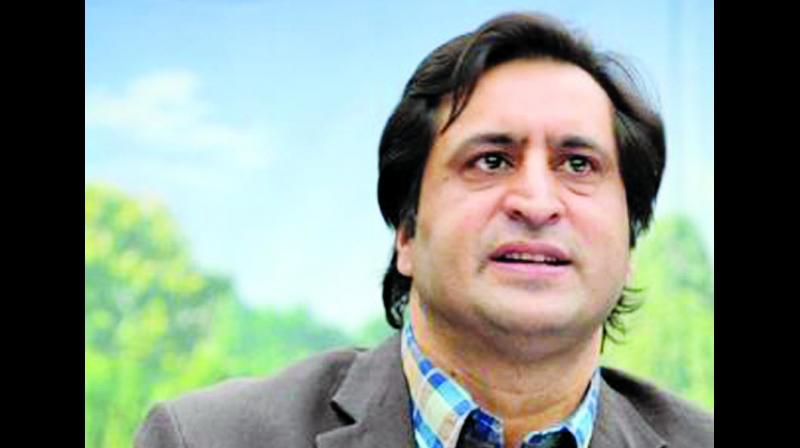 SRINAGAR: Former minister and Jammu and Kashmir People’s Conference (PC) chairman Sajjad Gani Lone and People’s Democratic Party (PDP) youth president Waheed-ur-Rehman Parra were on Wednesday released from a makeshift jail, exactly six months after they were along with several hundred other mainstream politicians detained by the government ahead of the scrapping of the erstwhile state’s special status and splitting it up into two Union Territories.

However, both of them were after being escorted by the police to their respective official residences in Srinagar from the city’s MLAs hostel turned ‘subsidiary jail’ placed under house arrest.

The official sources said that PDP’s two other leaders Sartaj Madni and Khursheed Aalam and National Conference (NC)’s Ali Muhammad Dar are also being released from their detention MLAs hostel.

But there are indications that the top leadership of these two parties may continue to remain in detention for some more time.

On January 16, five second-rung mainstream leaders including NC’s Altaf Kaloo, Showkat Ganaie and Salman Sagar and PDP’s Nizamuddin Bhat and Mukhtar Bandh were freed from the MLAs’ Hostel. This had come days after the J&K government revoked the detention of 26 persons including former Kashmir High Court Bar Association Nazir Ahmed Ronga under stringent Public Safety Act  and ordered for their release from prisons within and outside the UT.

Earlier on January 3, two PDP leaders Rafi Ahmad Mir and Abdul Majeed Paddar were released from house arrest. This was followed by the release of two more mainstream leaders and former MLAs Hakeem Muhammad Yaseen and Muhammad Ashraf Mir from the MLAs’ hostel.