Her bother found her hanging from ceiling fan after he forcibly opened door after she did not respond to doorbell on Tuesday night. 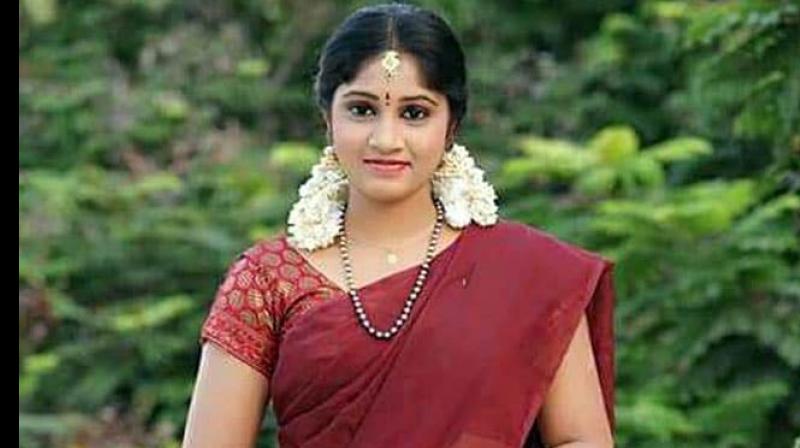 Hyderabad: A 21-year old Telugu television artiste was found dead in her apartment in Hyderabad, police said on Wednesday.

Naga Jhansi's bother found her hanging from the ceiling fan after he forcibly opened door after she did not respond to the doorbell on Tuesday night, a police official said.

"We were told that she had a boyfriend who apparently started neglecting her of late. We are inquiring into it. Her brother found her dead on Tuesday night at around 8.30," Punjagutta police inspector B Mohan Kumar said.

The deceased hailed from Krishna district and had acted in several TV serials and a few movies.

Jhansi became popular with the serial "Pavitra Bandham." The body was shifted to Gandhi Hospital for autopsy and investigation is on, the police said.