In January’s first week, Kanaka Durga along with Bindu managed to enter the hill shrine. 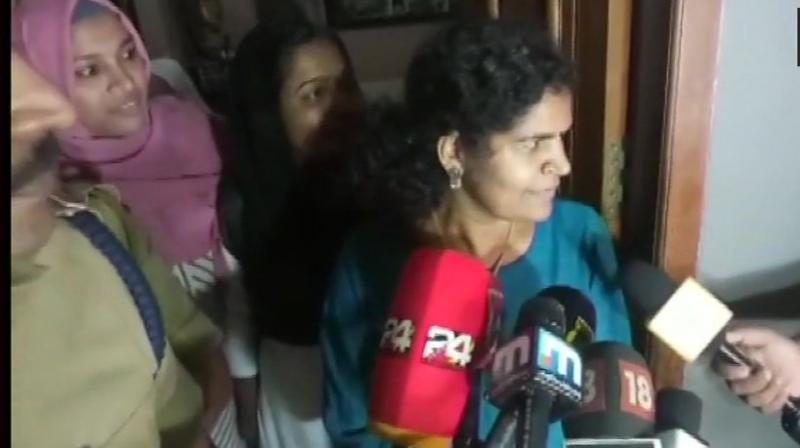 Durga was earlier assaulted by her mother-in-law for entering the Sabarimala temple. (Photo: ANI | Twitter)

An interim order was issued by a local court in north Kerala's Malappuram on Tuesday after Kanaka Durga's petition saying that she had the right to stay at her husband's home.

Durga had filed a complaint with district officials after her in-laws locked her out of the house and she had to move to a government shelter under police protection.

Durga said, “I got the court order and I could enter my house. I'm happy. I could not see my children today, but I hope I can see them next time. I don't have any difficulty to stay with them, they are not ready to stay with me. Everything will be solved.”

The local court will hear the case next on March 11.

Kanaka Durga and another woman, 40-year-old Bindu Ammini, were the first ones of menstrual age to enter the famous hilltop shrine in decades.

However, when Durga returned home on January 15 morning, her mother-in-law allegedly came at her with a stick and beat her until she could barely stand.

Later, the Supreme Court instructed Kerala Police to ensure that both women were provided with round-the-clock security.

Sabarimala has been the subject of intense controversy since September 28 last year, when the Supreme Court junked an age-old ban on women between 10 and 50 years entering the hill shrine.