A face-off between Mamata Banerjee and the Centre erupted after a CBI team moved to arrest Kolkata Police Commissioner Rajeev Kumar. 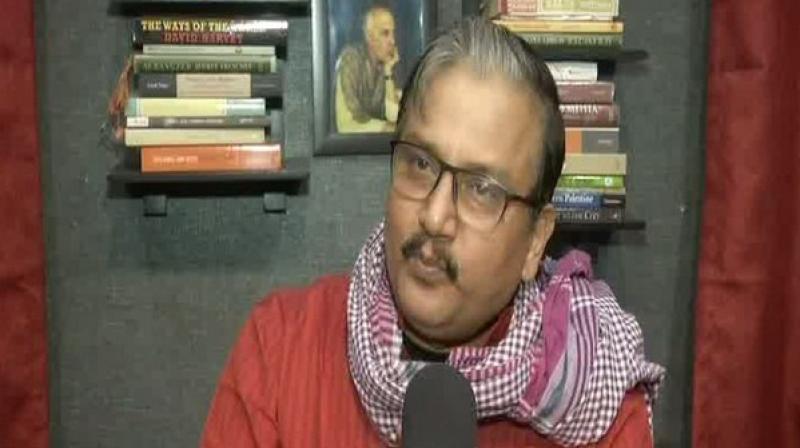 Manoj Jha said, ' this is the result of nuisance created by government policies, like how we saw Alok Verma ji (who was shunted out as the CBI Director) and CBI vs CBI.' (Photo: ANI)

New Delhi: Rashtriya Janata Dal (RJD) MP Manoj Jha on Wednesday took a jibe at the CBI, saying it was not an autonomous agency anymore and termed it as a parrot working under the directions of the BJP.

"We have seen that at 2.30 am, some decision has come, where some officer has been transferred suddenly. This is the result of nuisance created by government policies, like how we saw Alok Verma ji (who was shunted out as the CBI Director) and CBI vs CBI. It is not an autonomous agency anymore, it is now a parrot working under BJP's instructions," Jha told ANI outside Parliament.

A full-blown face-off between West Bengal Chief Minister Mamata Banerjee-led TMC government and the Centre erupted after a CBI team moved to arrest Kolkata Police Commissioner Rajeev Kumar on Sunday night. The central investigative agency officials were denied entry to the top cop’s residence and were detained briefly too.

Escalating her confrontation with the Centre, Banerjee started her 'Save the Constitution' dharna on Sunday night to protest against what the TMC called a ‘coup’ by Prime Minister Narendra Modi-led NDA government at the Centre.

On Tuesday, the West Bengal Chief Minister ended her sit-in protest, saying that she would take her fight against the central government to Delhi next week.
The Supreme Court directed Kumar to appear before the CBI in connection with the Saradha chit fund scam probe. But, the bench headed by Chief Justice Ranjan Gogoi said that no coercive step should be taken against the Kolkata police chief, who will appear before the CBI in Shillong, Meghalaya.

The top court, which posted further hearing in the case to February 20, also issued a contempt notice to West Bengal Chief Secretary, the DGP and the Kolkata Police Commissioner on a plea which said that the CBI team was detained when it went to question Kumar on Sunday.