Rakesh Singh spoke about the achievements of the government in various fields, particularly in implementing the 'Swachh Bharat' campaign. 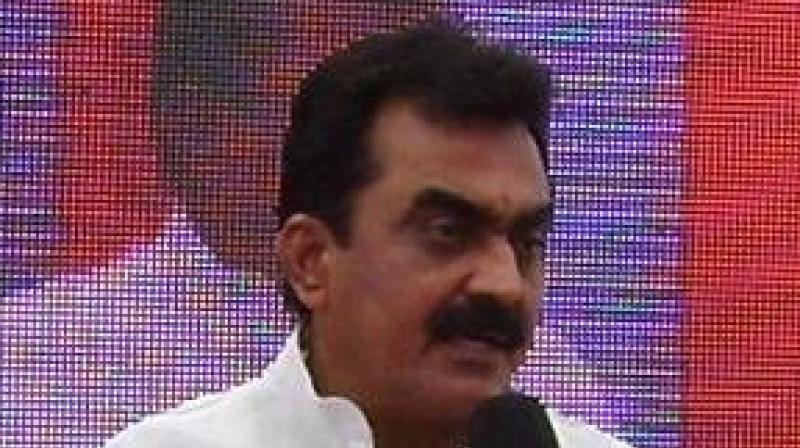 'For our government, every section, every religion is equal. We consider the opposition also to be part of the development process,' he said.

New Delhi: A BJP member in Lok Sabha on Tuesday claimed the Narendra Modi government has fulfilled the dream of Mahatma Gandhi's dream of a clean India in three and a half years, which the Congress could not do in nearly six decades of rule.

Initiating a discussion on the motion of thanks on the President's address, Rakesh Singh spoke about the achievements of the government in various fields, particularly in implementing the 'Swachh Bharat' (Clean India) campaign.

He said the Congress enjoyed power for nearly six decades but did not fulfill Gandhi's vision of clean India which the NDA government realised in just three-and-half years.

Referring to the Swachh Bharat campaign, he said, "They (UPA) enjoyed power for 55 years but we have realised Mahatma Gandhi's vision in three years. "A total of 5.5 crore toilets were built in the last three years."

"For our government, every section, every religion is equal. We consider the opposition also to be part of the development process," he said.

Singh said the Modi government has been ensuring the welfare of all sections irrespective of their religion, caste and creed.

He also talked about alleged scams and corruption during the UPA regime.

"Earlier, the discussions were on corruption. But now, there is no such talk," he said.

President Ram Nath Kovind had delivered his maiden address to the joint sitting of both Houses of Parliament on January 29.