Tremors were felt across Punjab, Haryana and their common capital Chandigarh also after which many people rushed out of their homes. 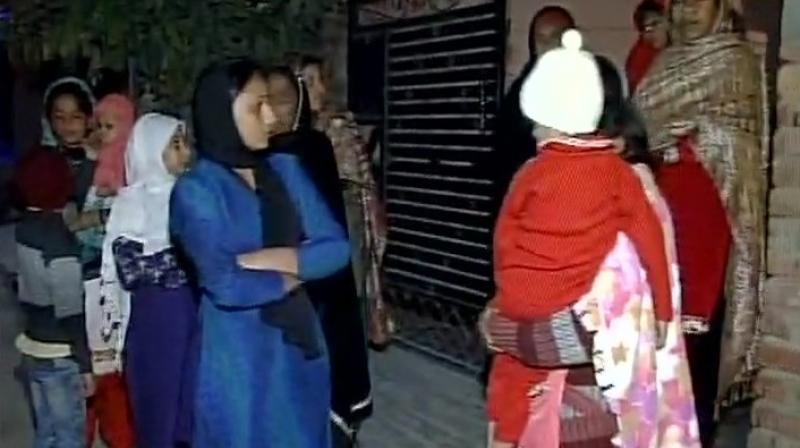 New Delhi: A moderate intensity earthquake measuring 5.8 on Richter Scale on Monday hit Uttarakhand, tremors of which were felt in Delhi and other parts of northern India.

The epicentre of the quake was Rudraprayag district in Uttarakhand, said J L Gautam, Operations head at the National Seismological Bureau, a unit of Ministry of Earth Sciences. "The depth of the quake was 33 km and it occurred at 10.33 PM," he said.

Uttarakhand, which falls in the Himalayan belt, is known for high seismic activities.

Tremors were felt across Punjab, Haryana and their common capital Chandigarh also after which many people rushed out of their homes. There were no immediate reports of any loss of life or damage to property.

According to reports, tremors were felt across Haryana and the National Capital Region.

People, especially those living in high-rise apartments and buildings, rushed to the ground floor.

In Punjab, tremors were felt at many places including Mohali, Patiala, Ropar, Ludhiana and Jalandhar.

Meanwhile, people felt the tremors also in neighbouring Noida of Uttar Pradesh. "Bed started shaking and the ceiling fan was swinging a little," Sohil Sharma, a resident of sector 20 in Noida, said.

"I was lying on bed suddenly it started shaking," said Savita Gupta, resident of sector 21.

Meanwhile, in Uttarakhand, people rushed out of their homes in panic when the earthquake struck tonight. The quake was felt nearly everywhere at 10.33 pm especially the hill districts of Uttarkashi, Chamoli and Pithoragarh.

Panicked residents ran out of their houses. In many colonies of Dehradun, men, women and children were seen hanging outside their homes in anticipation of aftershocks. However, there is no report so far of damage to life and property.

"I have spoken to District Magistrate and getting information from various sources through out the state. There is no loss of life but there may be some cracks developed in the houses in far-flung areas. We are still in the process of collecting the information," he said.

Disaster Management authorities are well prepared and there is nothing to worry, he said, adding our emergency control room is also collecting information.