Mallya’s counsel requested court to stay its order till they file appeal in the high court. 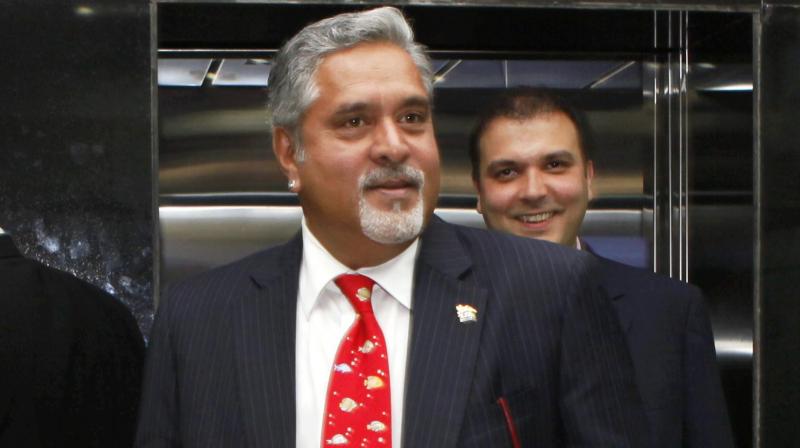 Mumbai: A special court in Mumbai on Saturday declared absconding liquor baron Vijay Mallya a fugitive economic offender (FEO) on an application of the Enforcement Directorate (ED). Mallya has become the first businessman to be declared an FEO under the provisions of the new Fugitive Economic Offenders (FEO)Act which came into existence in August last year. Mallya, accused of defaulting on loan repayments and money laundering, had left India in March 2016.

The ED had requested the Prevention of Money Laundering Act (PMLA) court that Mallya, who is currently in the United Kingdom (UK), be declared a fugitive and his properties be confiscated and brought under the control of the Union government as per the provisions of the new FEO Act.

Special judge M.S. Azmi declared Mallya an FEO under Section 12(1) of the Act after hearing extensive arguments from Mallya’s lawyer and ED’s counsel.

“Application is partly allowed. Non-applicant no.1 Mallya is declared FEO under section 12(1) FEO act. Hearing on second part of the application that is for confiscation of properties and the list annexed to the Central government would be commenced from February 5,” said judge Azmi.

Subsequently, Mallya’s counsel requested court to stay its order till they file appeal in the high court. He also said that one-month stay should be given, as the order will also affect us. Further, the court rejected his request saying this court doesn’t have power to revoke or stay its order.

A court in London on December 10, 2018 ordered his extradition. Facing cases registered by the ED as well as the Central Bureau of Investigation, he is wanted for alleged fraud and money laundering amounting to an estimated `9,000 crore. Under the FEO Act, a person can be declared a Fugitive Economic Offender if a warrant has been issued against him for an offence involving an amount of `100 crore or more and he has left the country and refuses to return.