C. Narasimhan, president of the Indian Solar Association, said that up to 2,000 solar module containers are now stranded at 4 major ports. 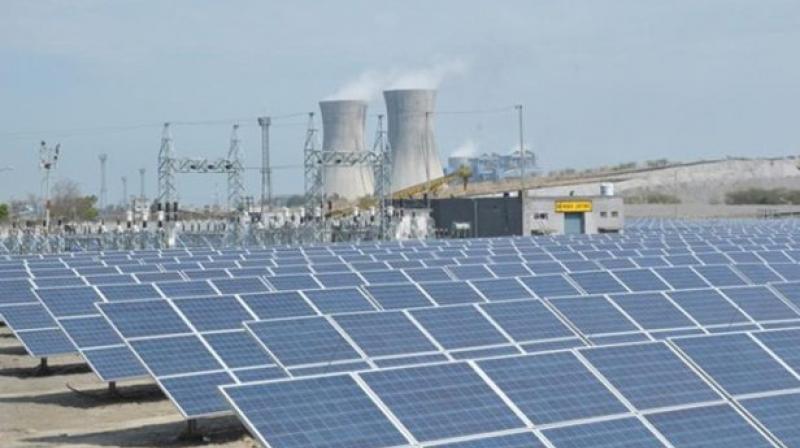 New Delhi: Solar modules worth more than USD 150 million are stuck at various ports in the country due to a dispute over their classification and the import tax applicable to them, sources said, which could delay Prime Minister Narendra Modi's clean energy goals.

PM Modi has set an ambitious target of nearly tripling the country's total renewable energy capacity to 175 gigawatt (GW) by 2022, spurring global firms including Japan's SoftBank and Goldman Sachs to invest in solar projects in India.

Most of the solar modules come from China, but several consignments are now held up because customs officials have demanded that some of them be classified as "electric motors and generators", attracting a 7.5 percent duty, not as "diodes, transistors and similar semi-conductor devices" with no duty.

Two customs officials in the southern port of Chennai confirmed the issue regarding the classification.

C. Narasimhan, president of the Indian Solar Association, said that up to 2,000 solar module containers are now stranded at four major ports.

"Port disruptions like this will hamper the country's progress towards achieving the target of 100 GW in installed solar capacity by 2022," said Narasimhan, a former lawmaker.

The Indian unit of Germany's Enerparc had 30 of its containers stuck at Chennai for three weeks as it finished some "paperwork" and paid a demurrage - a charge for failing to discharge the ship on time - of about 7 million rupees (USD 110,471), its Managing Director Santosh Khatelsal said.

The renewable energy ministry has already asked the finance ministry to resolve the matter without disrupting business, said a government official with direct knowledge of the matter.

Any duty is bad news for project developers such as SoftBank-backed SB Energy but good for local solar component makers such as Indosolar and Moser Baer.

Indian manufacturers have struggled to compete with Chinese companies such as Trina Solar and Yingli and have sought anti-dumping duties as well as long-term safeguards.

"The interests of domestic manufacturers and developers should be protected with least harm," said the government official, who declined to be named.

"The dispute has the potential to disrupt deployment by increasing the cost of projects but at the same time might protect the domestic manufacturers."

The finance ministry is examining a proposal from the renewable ministry to exempt projects bid earlier from paying the duty, the official said.

Spokesmen for the Ministry of Finance and Ministry of New and Renewable Energy declined to comment.

Raj Kumar Singh, the minister for power and renewable energy, recently told parliament that the government was working on remedying the problem.