India   All India  06 Jan 2018  Salman will be killed in Jodhpur: Gangster Lawrence Bishnoi's open threat to actor
India, All India

Salman will be killed in Jodhpur: Gangster Lawrence Bishnoi's open threat to actor

Lawrence Bishnoi is leader of one of the top crime gangs of Punjab and prime accused in murder of a Jodhpur-based businessman. 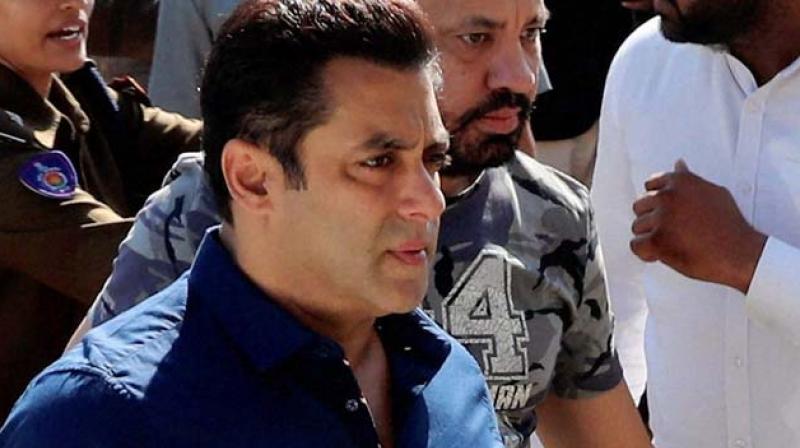 Lawrence Bishnoi is leader of one of the top crime gangs of Punjab and prime accused in murder of a Jodhpur-based businessman.

"Salman Khan will be killed here, in Jodhpur. Then he will come to know about our real identity," he told media while being taken to a Jodhpur court in police security. Although, the motive of his threat to Salman is not known it is assumed Salman’s alleged involvement in the black buck hunting case is the real reason of threat because the Vishnoi community worship these animals.

The gangster claimed that he had been framed in false cases and that to date, not even a single witness had deposed in the court to prove the charges. "Now, if police want me to do some major crime, I shall kill Salman Khan and that too in Jodhpur," he added.

“Whatever the gangster said in the court, his statement has been taken on record by the police. Appropriate case will be registered under relevant sections,” said Ashok Rathore, Commissioner Jodhpur Police.

Meanwhile, the court has given a seven-day remand of the gangster to the Jodhpur police to interrogate him in the murder case. It is expected that he will be cross-examined in presence of other accused in the matter as well.

Lawrence was brought to Jodhpur from Faridkot on production warrant amidst tight security arrangements. His name figured in cold blooded murder of one Vasudev Israni, owner of a departmental store located on Sardarpura road. The police filed a challan in court last week and produced Lawrence in court on Friday.