The increase in the income has also halted migration of local people to other states in search of work. 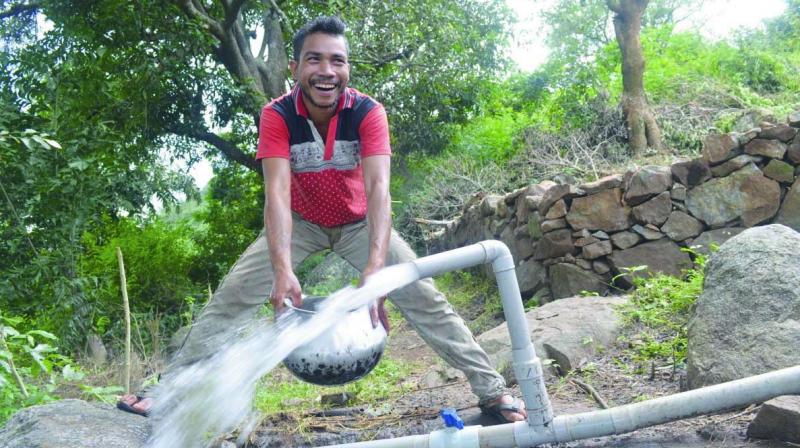 Bhubaneswar: Grappling with financial problems because of non-remunerative character of their age-old agricultural practices, villagers living in hilly areas of Odisha’s Gajapati district have suddenly found enough money coming to their pockets by adoption of traditional methods of irrigation.

Sourcing water in the Diversion Based Irrigation (DBI) system from the streams flowing from the hilltops, the villagers under the R Udayagiri block are irrigating hundreds of acres of land and producing in huge volumes vegetables like brinjals, orange-fleshed sweet potato, yams, beans, cucumber and papaya.

DBI is a simple and economical method that applies gravitational force to guide the flow of water from rivers and streams to adjacent fields. Villagers dig channels in which the pipe network is laid. They form water user groups to ensure fair distribution of the piped water and good maintenance of the system.

The villagers, who used to earn Rs 5,000 from an acre of land per annum by cultivating maize and millets, have seen their income going up by at least 10 to 15 times.

The increase in the income has also halted migration of local people to other states in search of work.

The farmers sell the produce in the local markets. Very often, small businessmen also drop in at their places to procure the produces directly, - paying good prices for the fresh vegetables.

The vegetables grown by the Sinisingi farmers are more in demand because they use traditional manure  and follow the organic pest-control method. “Adoption of the new method of irrigation has saved us from investing money in digging wells or setting up lift-irrigation points that run on electricity or solar power,” said Maheswar Pujari, a 72-year-old Sudha Soura tribal.

Pujari said all the 36 households in Sinisingi are now quite happy as they now remain in their village and no longer migrate to other states in search of work, leading elders and children back at home.

According to the villagers, it all started in 2013 when the Institute of Social Action and Research Activities, a development organisation, with the support from Mennonite Central Committee (MCC), an international organisation that works on relief, development and peace, studied the socio-economic conditions of the villagers and suggested use of DBI.