Seven fire engines are at the studio - located in Kanjurmarg - trying to bring the blaze under control. 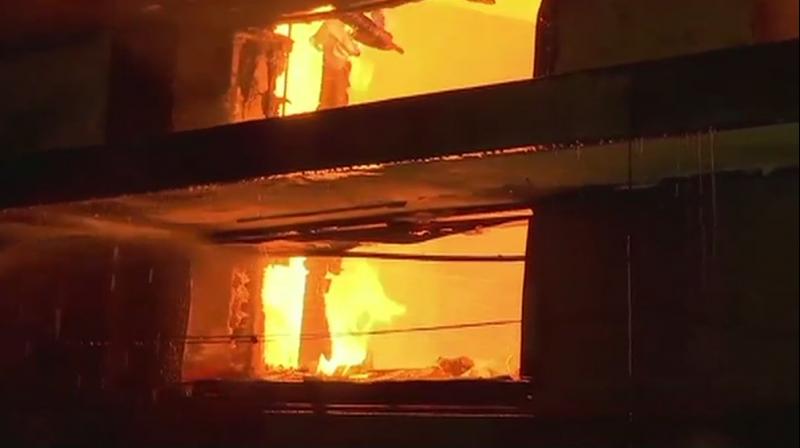 According to reports, the fire department received a call at around 8 pm and the fire engines reached the spot at 8:25 pm. (Photo: Twitter | ANI)

Mumbai: A massive fire has broken out at Cinevista studio in east central Mumbai on Saturday evening.

According to PTI, eight fire engines and six water tankers have been pressed into service to put out the flames.

According to reports, the fire department received a call at around 8 pm and the fire engines reached the spot at 8:25 pm.

#WATCH: Fire broke out in #Mumbai's Cinevista studio in Kanjurmarg. 7 fire tenders at the spot. pic.twitter.com/MV6OZz2YSH

At the time of the incident, two television (TV) serials were being shot at the studio. All the people including the cast and crew were evacuated from the studio and are reported to be safe.

The blaze, according to preliminary reports, started from a generator in the studio.

Located in a five acre property, the Cinevista studio has over 30 shooting locations.

The incident comes in less than ten days after a deadly fire killed 14 people including 11 women, most of them in their 20s and early 30s in the city's Kamala Mills Compound.