The writer asserts that he has 'irrefutable evidence' to prove that Netaji did not die in the plane crash in Taipei on August 18, 1945. 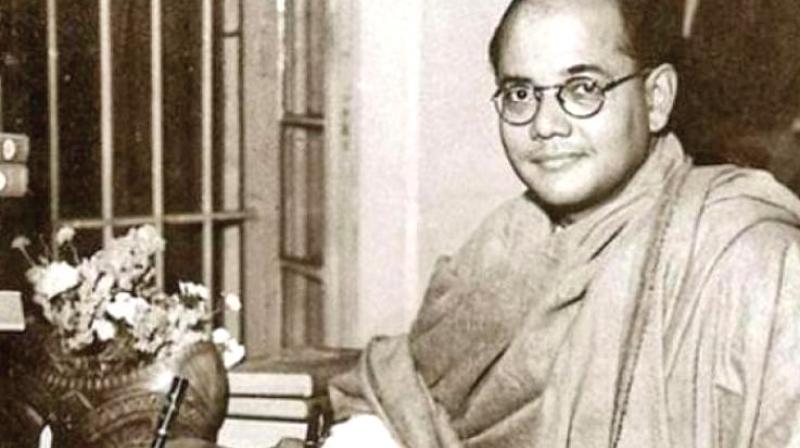 Kolkata: As the mystery over the disappearance of Netaji Subhas Chandra Bose is yet to be resolved, a new book claimed that he did not die in a plane crash, but during interrogation and torture by the British at a prison in the former Soviet Union.

"Netaji didn't die in the plane crash. It was a theory floated to facilitate his escape to Soviet Union. Japanese intelligence agencies had floated the theory so that Bose can safely escape to Soviet Union," claimed Maj Gen G D Bakshi (retd), author of the book "Bose: The Indian Samurai - Netaji and the INA Military Assessment".

He claimed with the help of the then Soviet Ambassador to Tokyo, Jacob Malik, Bose had been able to set up an embassy of the Azad Hind Government in Siberia.

Bakshi asserted that he has "irrefutable evidence" to prove that Netaji did not die in the plane crash in Taipei on August 18, 1945.

"To escape German bombers During the World War II, the then Soviet government had shifted its base to Siberia. Bose, with the help of Jacob Malik, was able to set up an embassy in Russia.

"Bose had gone there after escaping from Japan. He had made three radio broadcasts from Siberia. This was when the British came to know that Bose had escaped to the Soviet Union," he claimed.

"The British then approached the Soviet authorities and demanded that they be allowed to interrogate Bose. It was during interrogation that he was tortured to death," Bakshi claimed.

In October, 2015, Prime Minister Narendra Modi had met the family members of Netaji and announced that the government would declassify the files relating to the leader whose disappearance 70 years ago remains a mystery.

Last year, on Netaji's 119th birth anniversary on January 23, as many as 100 secret files were made public by Prime Minister Narendra Modi.

While two commissions of inquiry had concluded that Netaji had died in a plane crash in Taipei on August 18, 1945, a third probe panel, headed by Justice M K Mukherjee, had contested it and suggested that Bose was alive.