The petitioners said they were constrained to bring to the kind attention of the apex Court regarding mysterious death of Jayalalithaa. 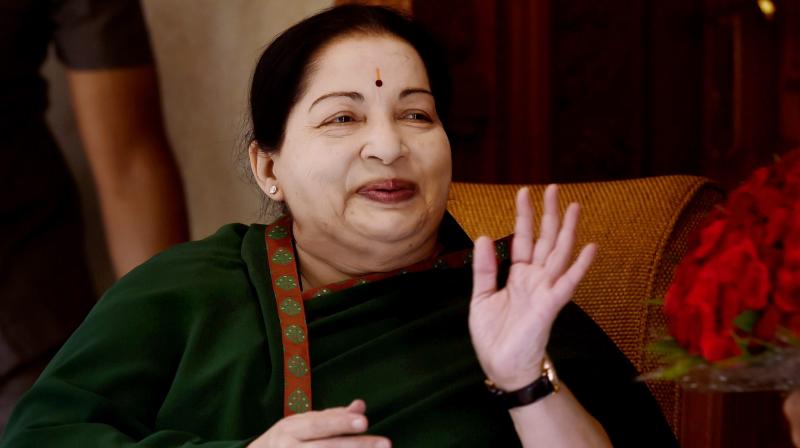 New Delhi: The Supreme Court on Thursday declined to entertain PILs filed by expelled AIADMK MP Sasikala Pushpa and an NGO for a CBI investigation into the death of the former Tamil Nadu Chief Minister, Jayalalithaa on December 5, 2016.

A bench of Justices Pinaki Chandra Ghose and Rohinton Nariman questioned the locus standi of the petitioners seeking relief directly from the apex court and warned that it would fine them if they pressed the plea further.

Counsel for Tamil Nadu Telugu Yuva Sakthi submitted that Jayalalithaa died under “mysterious” circumstances and it was up to the apex court to address allegations raised in several quarters that there was some foul play. He said the Court should order a CBI probe and then monitor it.

Justice Ghose observed “What monitoring? What will we do? There is some petition pending in the Madras High Court, go there if you want with your grievances. How can you come here under Article 32 of the Constitution. The Bench, however, permitted the counsel to withdraw the petitions and dismissed them as withdrawn.

The petitioners said they were constrained to bring to the kind attention of the apex Court regarding mysterious death of Jayalalithaa. That the method of secrecy maintained is very suspicious and are raising serious questions among all sections of people, viz conspiracy; Corruption and misuse of power. They said that right from the day of admitting Ms. J. Jayalalithaa in Apollo Hospital on September 22, 2016 till her death on December 5, everything was kept as very secret. Many speculations were floated during the hospitalization and finally declared her dead after prolonged stay in the hospital. It was surprising that except one or two persons, including Governor, national Parties representatives such as Rahul Gandhi, Amit shah, Union ministers and even the family members/close relatives of Ms. Jayalalithaa were not allowed to see her. In view of the mystery shrouding her death,  it is just and appropriate and in the interest of justice that this Court may order a judicial probe, the petition said.