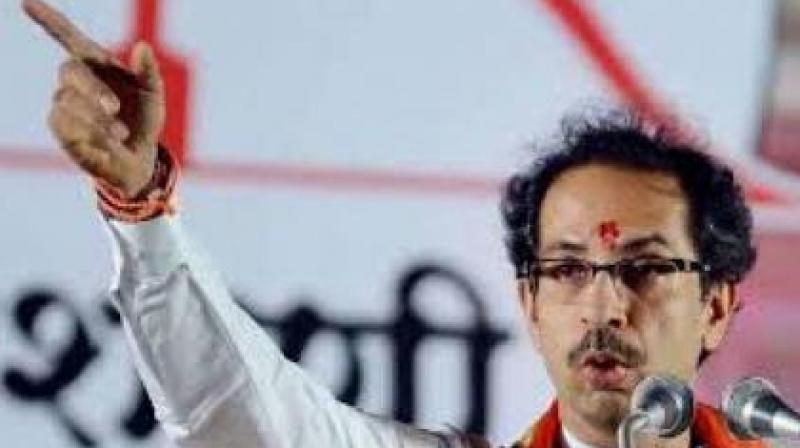 Mumbai: In a stinging attack on the NDA Government over demonetisation, key ally Shiv Sena on Friday described it as the "worst regime in 10,000 years" and said the BJP leaders are living in fool's paradise to think that the exercise would eradicate black money after putting even women to great difficulty.

Referring to the report of a woman removing her clothes in angst in front of the RBI regional office in Delhi after failing to get a few junked notes exchanged, Sena said the plight of the hapless mother looked like a "government sponsored Nirbhaya tragedy."

"We want to ask the Chief Minister (of Maharashtra), whose side are you on; demonetisation or this helpless woman ...If the government cannot see and understand the suffering of this woman, then such a ruthless and deaf regime would not have been in existence in the last 10,000 years," the Sena said in an editorial in party mouthpiece Saamana.

"When a woman in distress sits on a street in Delhi and condemns the government, it is like government sponsored Nirbhaya tragedy," it said.

The Sena said the victim has brought out the stifled sufferings and anger of women on the streets. "If you term the act of this woman as nationalism, you need a Talibani doctor to treat your brains. Such atrocities against women happen only in Talibani regimes," the Sena said.

Training its guns on Chief Minister Devendra Fadnavis for supporting the demonetisation, the ally said if the CM’s stomach does not churn on seeing the plight of this woman, then he is a "helpless person."

The Sena said the BJP is living in a fool’s paradise thinking that demonetisation has ended the menace of black money while the truth is that the decision has caused distress to middle class, poor and jobless people.

Two days ago, a woman, who was carrying her son along, removed her top clothes in angst in front of the RBI regional office in Delhi after she was unable to get a few junked currency notes exchanged.