PIL for conferring Bharat Ratna on Jayalalithaa dismissed by HC

The petitioner went on to list many welfare schemes launched by her including Amma canteens and free laptops and cycles for students. 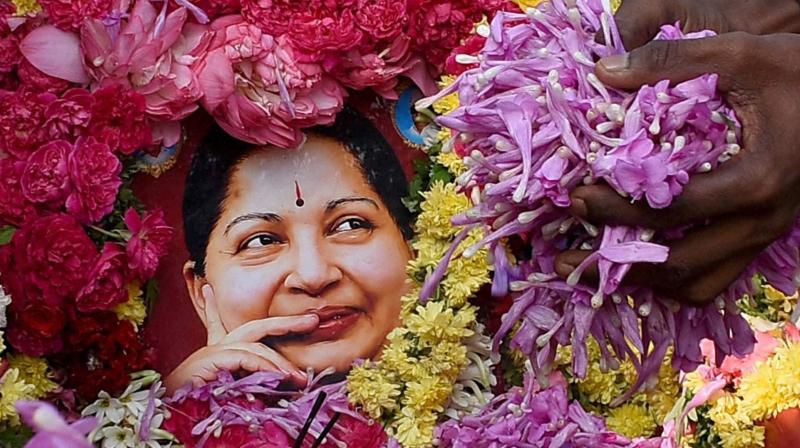 But the court stated that it does not want to interfere in such matters. (Photo: PTI)

Chennai: Madras High Court today dismissed a PIL seeking a direction to the Union government to confer the Bharat Ratna on late AIADMK leader J Jayalalithaa, saying it does not want to interfere in such matters.

The petitioner after narrating Jayalalithaa's life history, said she had bagged Tamil Nadu state film awards for best actress apart from many other awards and was a five-time Chief Minister.

The petitioner went on list the many welfare schemes launched by her including Amma canteens to provide food at lowest price and free laptops and cycles for students.

As she cared for the people of Tamil Nadu as a mother, she was called 'Amma', he said.

Ramesh said he was constrained to file this petition as his December 15 2016 representation to the Union government on the matter had not evoked any response.

But the court stated that it does not want to interfere in such matters.

At its first meeting on December 10 after Jayalalithaa's death, the Tamil Nadu Cabinet had decided to recommend her name for Bharat Ratna and to propose to the Centre to install her life-size bronze statue in the Parliament complex.