India   All India  06 Jan 2017  Opposition to Election Commission: No Budget till polls
India, All India

Opposition to Election Commission: No Budget till polls

The Opposition has hit out at the government for “politicising” the Budget by advancing it to February 1 from the usual date of Feb 28. 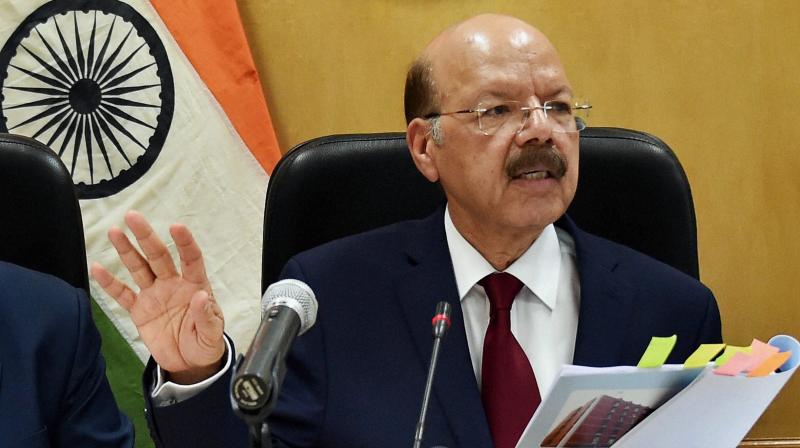 New Delhi: A delegation of Opposition parties comprising Congress, JD(U), BSP, SP, DMK and RJD met chief election commissioner (CEC) Nasim Zaidi on Thursday with their demand that the Centre be asked to defer the Budget presentation till at least March 8.

The Opposition has hit out at the government for “politicising” the Budget by advancing it to February 1 from the usual date of February 28. Parties have said that the government will come out with sops in the Budget to lure voters as Assembly elections will be held in five states during February-March.

Leader of Opposition in Rajya Sabha Ghulam Nabi Azad had written to the chief election commissioner (CEC) on behalf of Opposition parties on Wednesday.

Mr Azad said, “When the Opposition had objected in 2012 during the Assembly polls to these five states, Congress had accepted their stand. We want that there should be no presentation of the Budget till the elections are over.”

The Election Commission has said it will examine a representation made by parties opposing the February 1 Budget plan. Union finance minister Arun Jaitley has defended the government move.