Indian nuclear experts say that the submarine could be the powerful Chinese Type 093 'Shang' class, very tough to detect. 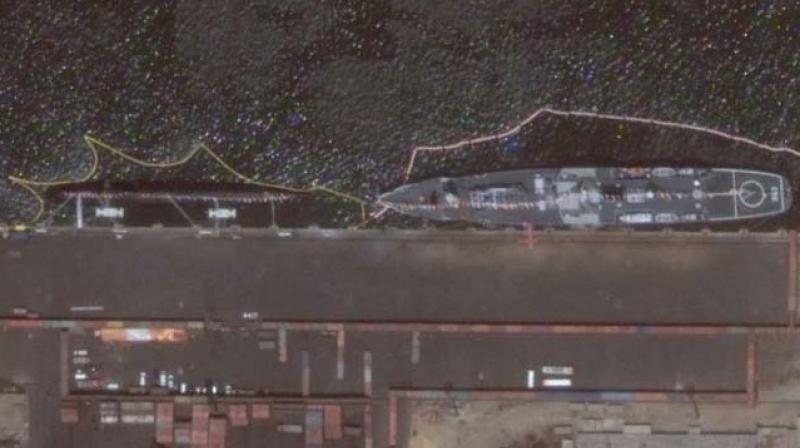 New Delhi: A Google Earth image has shown Chinese nuclear submarine docked in Karachi harbour in May 2016, in an indication that Beijing might be scrutinizing Indian warships' movements far more closely than earlier.

According to a report in NDTV, the image, spotted first by a satellite imagery expert (Twitter handle @rajfortyseven)  appears to show a Chinese Navy Type 091 'Han' class fast-attack submarine, the first class of nuclear powered submarines deployed by China.

The image can be accessed by clicking on the historical imagery icon on Google Earth and scrolling back to May, 2016, said the report.

However, Indian nuclear experts say that the docked submarine could be the even more powerful Chinese Type 093 'Shang' class, far quieter and tougher to detect and equipped with newer weapons and advanced technology, including a nuclear reactor.

Nuclear-powered submarines, unlike conventional submarines, have an unlimited range of operations since their nuclear reactors rarely require to be refueled. The submarines, armed with torpedoes and cruise missiles, can be deployed underwater for extended durations where they are difficult to track.

Indian Navy officials have been convinced for many years that the presence of Chinese nuclear submarines in the Indian Ocean is part of a choreographed exercise to expand Beijing's military presence in the region.

Navy Chief Admiral Sunil Lanba said in December, "As far as People's Liberation Army (PLA) Navy ships and submarines are concerned, the Indian Navy keeps a close eye and monitor their movements. We launch surveillance missions in the form of aircraft and ships to keep a track of them."