Intelligence agencies suspect that more than 20 young men are being trained by ISIS at its Nangarhar camp in Afghanistan. 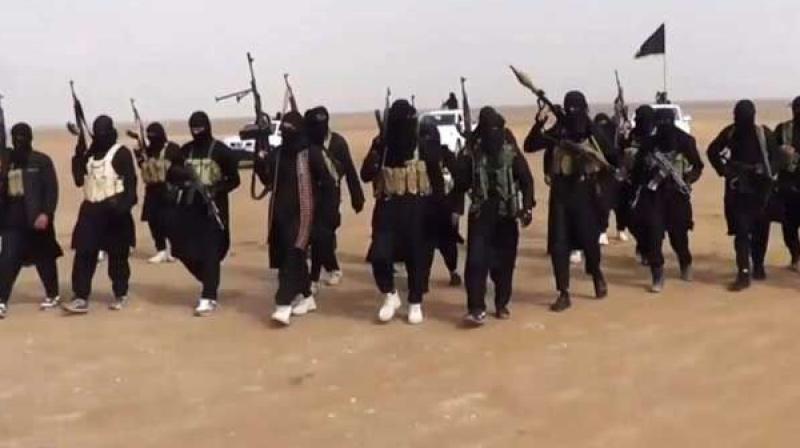 The report further reveals that apart from India, ISIS is also believed to be training some youth from Bangladesh and the Maldives at the same camp. (Photo: AP/File)

New Delhi: With the specific purpose of targeting and making inroads into India and Bangladesh, intelligence agencies say that the Islamic State (ISIS) has launched a special operation to train cadres from these countries at its Nangarhar camp in Afghanistan.

Country’s external intelligence agency Research & Analysis Wing has, in a recent classified report submitted to the Centre, said that ISIS, which has been trying desperately to establish its presence in India, may well have managed to lure some of the youth who recently fled from states like Kerala to the Nangarhar training camp.

“It is suspected that more than 20 young men from India, mostly from southern states like Kerala, are being trained by ISIS at the Nangarhar camp which is close to Jalalabad. It is suspected that these youth may have managed to enter Afghanistan by first going to some Gulf country and subsequently managed to reach the Nangarhar camp. ISIS will try and send these men back into India to launch some terror operations,” the report states, details of which have been accessed by this newspaper.

The National Investigation Agency (NIA) had recently launched a massive operation in southern India and had arrested more than a dozen men who had links with ISIS and were planning to carry out subversive activities in the region.

Top government sources said the information forwarded by RAW has also been shared with other security and intelligence agencies, including NIA, for “necessary follow-up action”.

The report further reveals that apart from India, ISIS is also believed to be training some youth from Bangladesh and the Maldives at the same camp.

Over the last few years ISIS has been aggressively campaigning on the social media to attract and radicalise youth from India and Bangladesh  in  an  attempt to gain a foothold in the two countries. It is suspected that terrorists involved in the attack at a high-profile café in Dhaka in July last year were radicalised by ISIS.

Sources said the Centre has taken a serious note of the inputs and asked NIA and the Intelligence Bureau to closely track all activities of ISIS in the country and adjoining region. Both NIA and IB have a special cell that monitors ISIS operations.

“ISIS training cadres in Afghanistan is serious as this could impact the security situation not just in India but the entire region. If the terror outfit succeeds in making inroads in Bangladesh and the Maldives, it is dangerous for India’s internal security. We are closely monitoring the situation,” a senior intelligence official said.

“As far as Afghanistan is concerned, there’s a great deal of co-operation between India, US and Afghanistan on various security related issues. We are working together to counter the increasing influence of ISIS in the region as it will impact all stakeholders,” the official added.