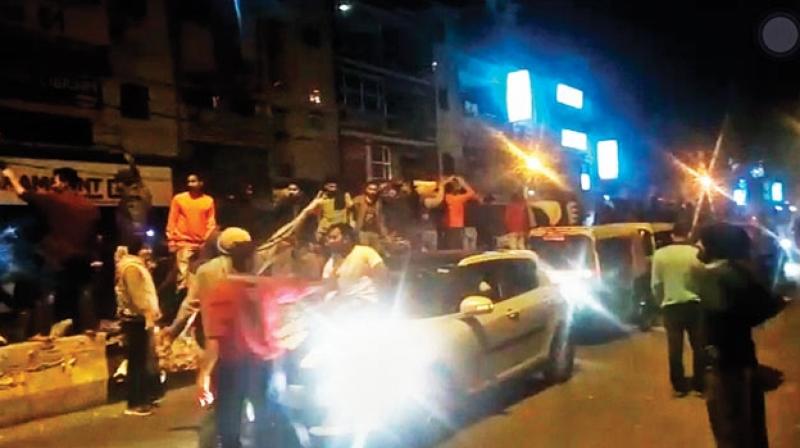 New Delhi: Amid continuing outrage over mass molestation of women by wayward revellers in Bengaluru, a video of a mob running amok and attacking policemen with stones after they prevented two men from assaulting a woman on New Year's Eve in New Delhi surfaced on Thursday.

Police said almost 1,200-1,500 students have been questioned till now in connection with the incident that took place at Mukherjee Nagar in northwest Delhi on the night of December 31.

Two men in yellow and blue jackets tried to pull down a woman riding pillion on a motorbike near Batra Cinemas, investigators said.

“The two men fled after the police intervention. Police tried to explain to a few youths standing there that they should celebrate New Year but not at other’s peril. They should not misbehave with women who are passing through the area,” said a policeman present on the spot.

After the two men fled, a large group of students came and allegedly started pelting the policemen with stones, forcing them to take shelter in a police booth.

Mukherjee Nagar is a hub for students who prepare for competitive examinations like UPSC, banking and others, and it is suspected the two accused and those in the mob they later brought with them were students living in the area.