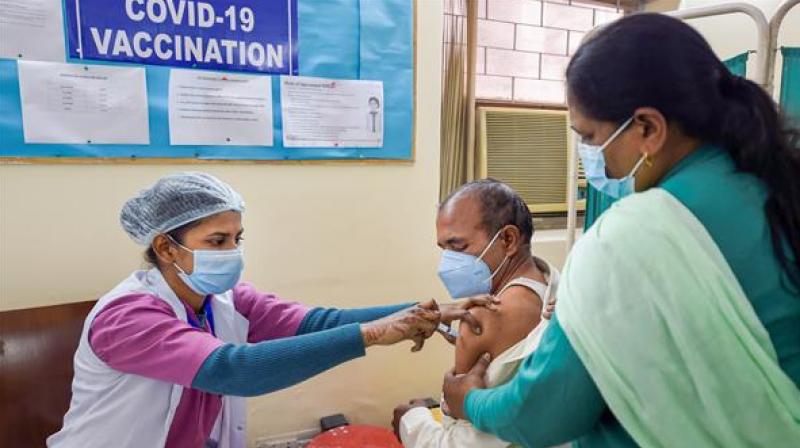 Shimla: Himachal Pradesh has become the first state to fully vaccinate 100 per cent of its adult population against COVID-19, an official spokesperson claimed here on Saturday.

As many as 53,86,393 eligible adults have been administered the second dose, he said, adding Himachal Pradesh was also the first state to achieve the 100 per cent first dose vaccination of adult population by the end of August.

A special function is being organised to honour COVID-19 workers at the All-India Institute of Medical Sciences (AIIMS) in Bilaspur on Sunday, he said.

BJP National President JP Nadda and Union Health Minister Mansukh Mandaviya will attend the function, during which COVID-19 workers will be given certificates recognising their significant role in vaccinating the citizens, he said.

Meanwhile, in a separate statement issued a few days ago, the state BJP president and Shimla MP Suresh Kashyap had said that Nadda will also inaugurate an out-patient department at AIIMS during his visit.

The function will be held three months after Prime Minister Narendra Modi on September 6 appreciated the state's efforts in the administration of vaccines.