Chidambaram on Wednesday said that he was happy to have stepped out from the jail and breathing the air of freedom after 106 days. 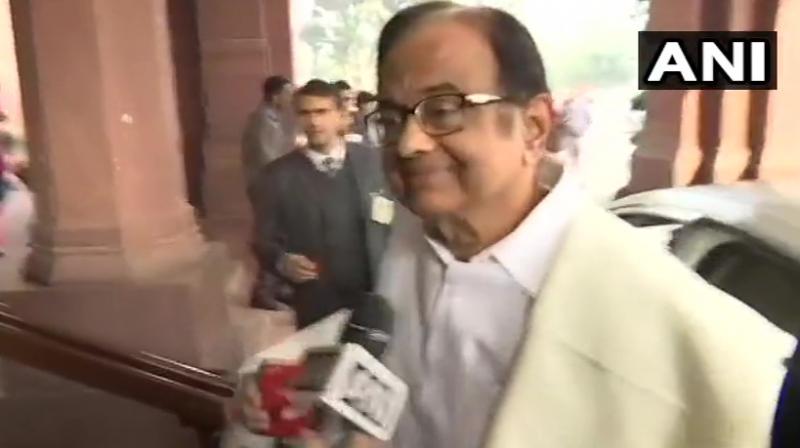 He was arrested by the ED in the money laundering case on October 16. (Photo: ANI)

The senior Congress leader had on Wednesday said that he was happy to have stepped out from the jail and breathing the air of freedom after 106 days.

"I am happy that I have stepped out and breathing the air of freedom after 106 days," he said after meeting Congress president Sonia Gandhi at her residence here.

The apex court set aside the Delhi High Court's order which had refused to grant bail to Chidambaram and directed him not to tamper with evidence and influence witnesses in the case.

The court has directed Chidambaram not to give press interviews and make public statements with regard to this case. The court also directed him to furnish a bail bond of Rs 2 lakh plus two sureties of the same amount.

Chidambaram had sought the bail in a case pertaining to the Foreign Investment Promotion Board (FIPB) clearance given to INX Media to the tune of Rs 305 crore in 2007 during his tenure as the Finance Minister.

The CBI had registered a corruption case in this regard in May 2017. Later that year, the ED also lodged a money laundering case against him. The Congress leader was first arrested by the Central Bureau of Investigation (CBI) on August 21 this year in the INX Media corruption case but was granted bail by the Supreme Court two months later.