Giving the details, defence spokesman Col. Rajesh Kalia said that three Army jawans died after they were buried under heaps of snow in Tangdhar. 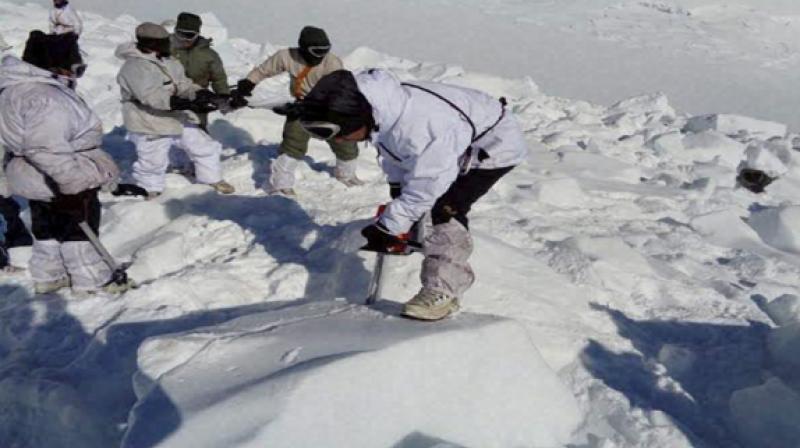 Srinagar: Four soldiers were killed after an avalanche swept an Army posts in Tangdhar sector along the Line of Control (LoC) and another post in the neighbouring Gurez sector was hit by a snow blizzard on Tuesday, the Army said here on Wednesday.

Giving the details, defence spokesman Col. Rajesh Kalia said that three Army jawans died after they were buried under heaps of snow in Tangdhar. They have been identified as Havaladar Rajendra Singh (36) of Hardiya (Rajasthan), Sepoy Amit (28) of Mundsa Jhaggar village in Haryana and Sepoy Kamal Kumar (21) of Rajasthan’s Sahawa village.

Another soldier, identified as Naik Akhil SS, was killed in the Gurez incident, he said. “The rescue teams managed to locate and retrieve all personnel from both incidents. Despite best efforts by the rescue and medical teams, three Army personnel in Tangdhar sector and one Army personnel in Gurez sector succumbed,” the spokesman added.

A statement issued by the Army said that 28-year-old Naik Akhil, a resident of Veeranakavu village of Trivandrum district in Kerala, while on patrol along the de facto border was caught in a snow blizzard. “Owing to the inclement weather and high altitude, he developed severe medical condition. After immediate first aid, he was evacuated to 92-Base Hospital in Srinagar’s Badami Bagh Cantonment, where he, unfortunately, succumbed to his severe medical condition,” it said.

Siachen, at a height of 19,600 feet, is the world’s highest battleground, where India and Pakistan have fought intermittently since April 1984 but which has also been the scene of many natural disasters.

More than 50 Army jawans have died in weather-related incidents in Siachen glacier area since 2013, the sources said. End it