The Indian meteorological department(IMD) however has denied any correlation between the air pollution in Delhi and Chennai. 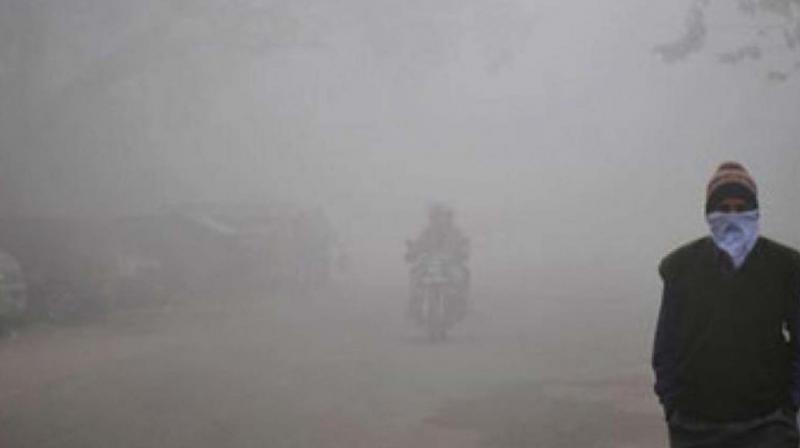 The temperature in Chennai on Monday was considerably low at 26-degree Celcius while the relative humidity is high (95), thus leading to hazy skies.

CHENNAI: People of Chennai woke up to a hazy Monday morning, even as Delhi continues to choke under a toxic smog blanket enveloping the union territory. The air quality index(AQI) for particulate matter 2.5 (PM) was recorded at 193 ug/m3 at Manali, 162 ug/m3 at the Chennai US consulate and 187 ug/m3 at Alandur as of 6 pm on Monday.

Though Chennai’s air quality has oscillated between good and bad in the past, the numbers documented on Monday have drawn the attention of the public, mainly due to weather bloggers and the Twitterati drawing parallels to the situation in Delhi this time. Independent weather blogger Pradeep John popularly referred to as “ Chennai’s weatherman” wrote in a Facebook post, “The hazy and polluted air which is choking Delhi and North India for last one week will be pushed towards entire East coast of India including Chennai and other parts of Tamil Nadu next week”.

He has also predicted that most parts of Tamil Nadu will witness hazy skies in the next week, with the AQI of PM 2.5 expected to range anywhere between 200-300.

The Indian meteorological department(IMD) however has denied any correlation between the air pollution in Delhi and Chennai, even as several air dispersion models indicated plumes of smoke travelling across India from the capital. In a media interaction on Monday, N. Puviyarasan,  director, Regional Meteorological Centre, Chennai attributed the dip in Chennai’s air quality to smog ( a mixture of smoke and fog). “The moisture-laden air coming in from the sea has mixed with the pollutants in the air( due to vehicular and industrial emissions ) resulting in smog.

The temperature in Chennai on Monday was considerably low at 26-degree Celcius while the relative humidity is high (95), thus leading to hazy skies. Once the temperature rises, the smog will go away,” he said establishing that Delhi air pollution is in no way related to the hazy Chennai skies.