'The greatness of a nation can be judged by the way its animals are treated,' Rahul tweeted quoting Mahatma Gandhi. 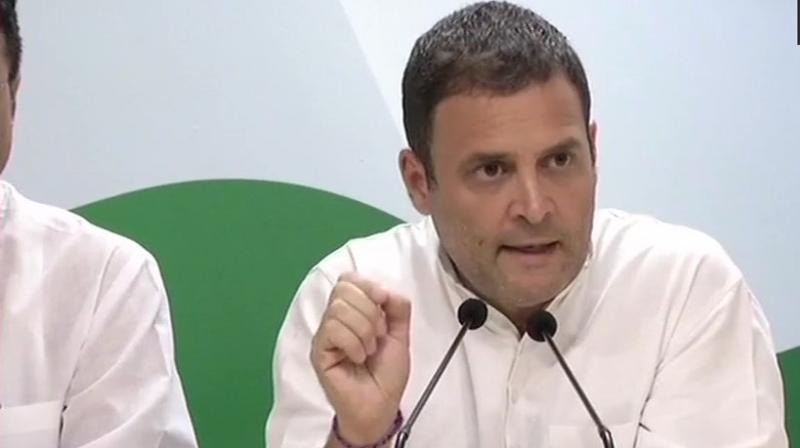 “The greatness of a nation can be judged by the way its animals are treated,” Rahul Gandhi tweeted quoting Mahatma Gandhi.

The greatness of a nation can be judged by the way its animals are treated.

Tigress Avni is believed to have been responsible for the deaths of 13 people in Maharashtra in the past two years. She was killed in Maharashtra’s Yavatmal district on Friday.

The killing has sparked massive outrage and raised a debate over tiger conservation efforts.

Union Minister Maneka Gandhi also slammed her party BJP's government in Maharashtra and termed the killing of tigress a "ghastly murder" and a "straight case of crime". She also vowed to take up the case "legally, criminally as well as politically".

Maneka’s reaction drew a sharp reaction from Maharashtra Forest Minister Sudhir Mungantiwar who said, "If she (Maneka Gandhi) thinks any tiger or tigress should not be killed even if it is a man-eater, then the decision should be taken by the Centre."

"She (Gandhi) loves animals. She is, however, Minister for Women and Child Development. I have to consider the women who have been killed by the tigress," Mungantiwar added.

The tigress is survived by her two 10 months old cubs.