The accused, a railway engineer, said that the German national first blew a fist at his mouth when the former greeted him. 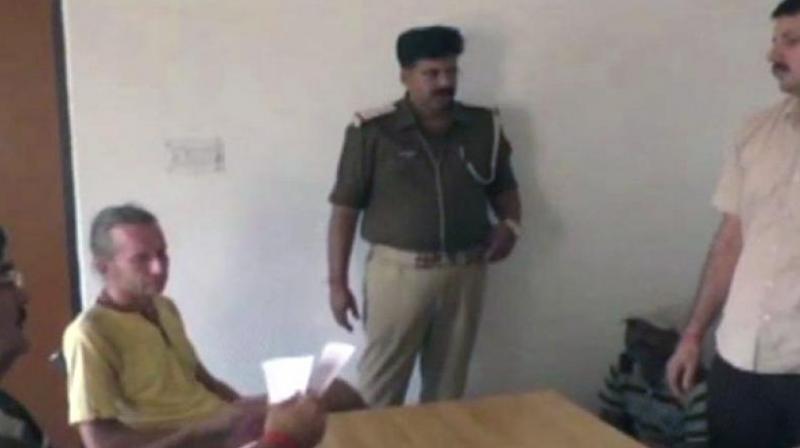 Holger Eric is a resident of Berlin, who had come to visit Agori Fort when the incident took place. (Photo: ANI | Twitter)

Sonbhadra: A German national was beaten up by a group of people at the Robertsganj Railway Station in Sonbhadra district of Uttar Pradesh, on Sunday.

The police arrested one railway staff in connection with the case.

Robertsganj police reached the site of incident on the complaint of the Station Master and arrested railway staff Aman Yadav.

The accused, who says he is a Railway engineer, has alleged that the German national first blew a fist at his mouth when the former greeted him, which led to a fight.

"I am innocent. The German national punched me when I said 'welcome to India' to him. He even abused me and spat on me," Yadav said.

According to Robertsganj Police, the accused began to question the German tourist about his whereabouts, but the tourist refused when he smelled alcohol in his breath.

The arrested accused has been handed over to the Government Railway Police (GRP), as the area of incident comes under its jurisdiction.

As per the Police, the German tourist, Holger Eric is a resident of Berlin who had come to visit Agori Fort when the incident took place.

The incident comes a week after, a young Swiss couple was attacked by a group of four youth in Agra's Fatehpur Sikri in Uttar Pradesh, leaving them battered and bruised.