India   All India  05 Oct 2019  This teacher’s ‘junoon’ took education out of classrooms to Mumbai’s skywalks
India, All India

While many come across these education-deprived kids, only a few have the will to take the initiative to change the situation. 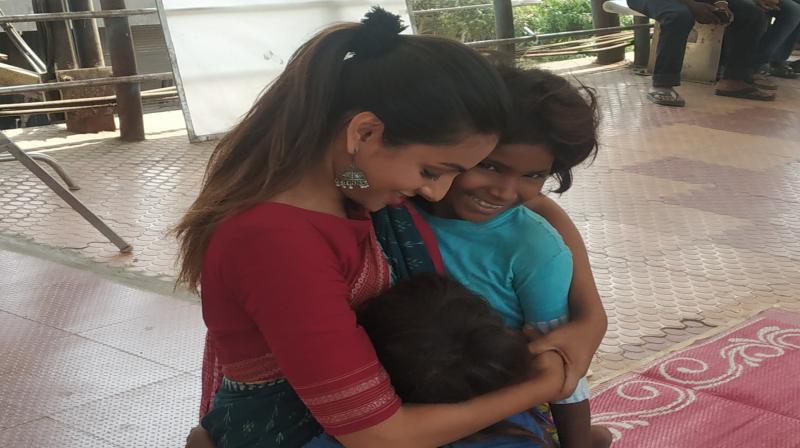 Haimanti Sen, a former teacher, took a step forward to make the lives of these kids better. (Photo: Haimanti Sen)

Mumbai: They beg, do petty jobs, sleep in uncertainty or simply choose to wander. Over eight crore children between the age group of 6 to 14 in India don't go to school at all. Despite the government's efforts, the census of 2011 reveals an alarming state of education-accessibility for children in India.

While many come across these education-deprived kids, only a few have the will to take the initiative to change the situation.

Haimanti Sen, a former teacher, took a step forward to make the lives of these kids better. The 23-year-old Mumbai woman started an initiative -- Junoon -- to help underprivileged children get their right to education.

She started to reach out to these kids in 2018 and made the skywalks of Mumbai a ‘temple of education'.

Haimanti said that leaving a full-time job and teaching kids at the station wasn’t an easy decision and without the support of her family, it would have been a difficult task. “I never liked the work culture of the school. But I used to enjoy spending time with the kids at the station and it kept me wanting to go back to them,” Sen said.

Kids begging on the street caught her attention. The sight made her wonder if kids were aware of the government-run schemes and what ''kept them on the streets and not in schools''.

Her curiosity made her talk to these kids and later through 'Junoon' over 20 students were enrolled for education.

Initially, the major challenge was convincing parents of the children, for whom they were workforce.

''When children started to come regularly, parents lost out on the income that would be brought home by them... So convincing parents became a tougher job. Though it doesn't happen often, the problem still persists,'' explains Sen.

After a long battle, Sen was successful in gaining the trust of their parents. Now, they see a bright future for their children at Sen’s school. “By sticking around the children for so long, keeping my word of enrolling them into schools has given parents hopes and they have started actively participating in their children's lives more than ever before.”

One of the reasons for the successful run of Sen’s initiative is she now understands these kids and know how to deal with them.

She ensures that children don’t deviate from the intended paths and are counseled at every step. “One has to be extremely patient and understand that their parents haven’t instilled with basic things such as -- hygiene, manners, reading, love, warmth, authority. We need to create trust so that they are not afraid of taking a chance.” 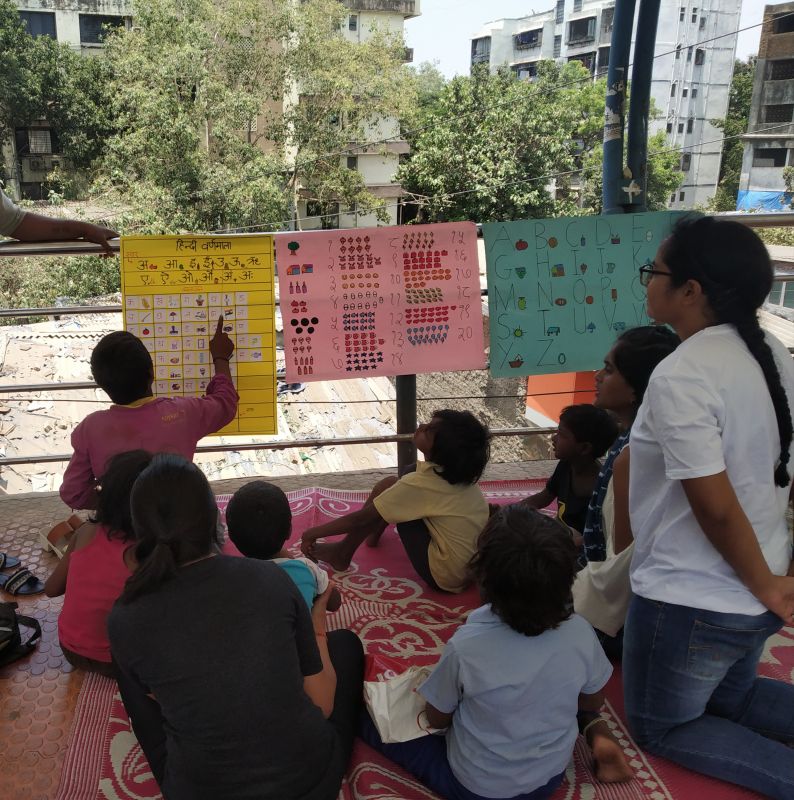 Some 20  kids absorb Sen's teaching on skywalks. Learning, however, is a process that optimises at a dedicated place. She tried to look for a structured place, but ''couldn't get any.''

''Local politicians own places in the vicinity and they refused to give us space even for an hour a day,'' Sen described her helplessness for using busy skywalks.

Despite hurdles, Sen's Junoon flourished over the years and children from across Mumbai enrolled for a school that selflessly worked for their betterment.

Sen's ''basic aim is to teach the children how to read and the children who aren't in school for reasons related to manners, focus and concentration'', she tries to explore art therapy with them. ''It also helps them dwell into their creativity,'' adds Sen.

When asked about how competent her students were to face the world, Sen sounded optimistic.

''Maybe not at the start. However, eventually, they will be ready to face the world. Six children out of the 15-20 I teach are going to school,'' Sen said.

''Few are fast learners. Ushika who's in 3rd standard, recently started to read and she's way ahead of her class now,’’ Sen said.

Another boy Kartik, a pre-primary student, already knows alphabets and numbers and surpasses others.

There are many promising students among the underprivileged coming at Junoon to enlighten themselves. Recognising Sen's effort, the government too appreciated the work of an ordinary citizen in making a life of downtrodden better.

''The school that the children are enrolled in is Raghuvir school. They have accepted these children under the RTE Act, 2009. They have also started the midday meal in the school this year.'' 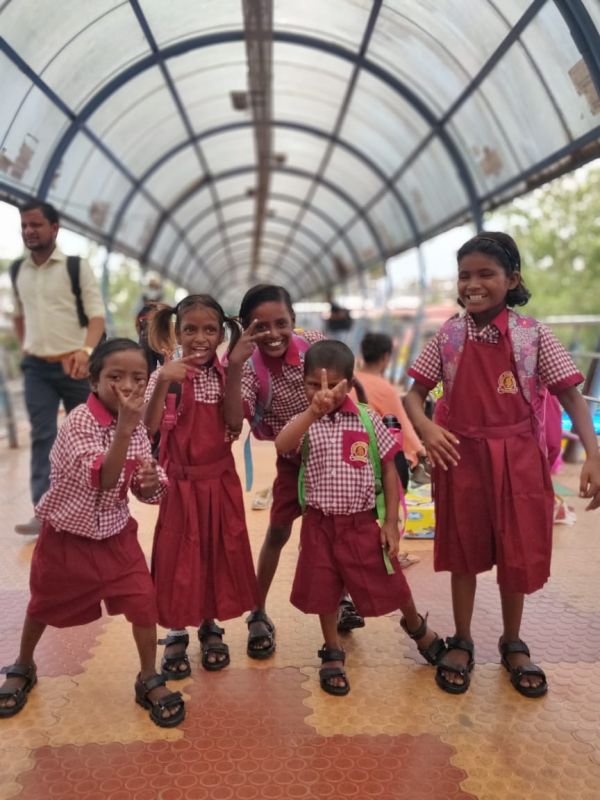 The Right of Children to Free and Compulsory Education Act or Right to Education Act (RTE), was enacted on 4 August 2009. It describes the modalities of the importance of free and compulsory education for children between 6 and 14 in India under Article 21 (a) of the Indian Constitution.  India is one of the 135 countries to make education a fundamental right of every child when it came into force on April 1, 2010.

However, all that glitters is not gold. Junoon Foundation too had to face its fair share of challenges. Initially, the initiative was not popular among the intended masses and was not fairly recognised.

It was the Colgate campaign, however, that helped the non-profit organisation to get incredible love and support from the people of India. “We have expanded our classes to Borivali where we have around 25-30 children. Our foundation takes care of one meal and uniforms and books, water, stationery, health, materials for art and craft activities of all the children and we do require financial support,” expressed Haimanti. 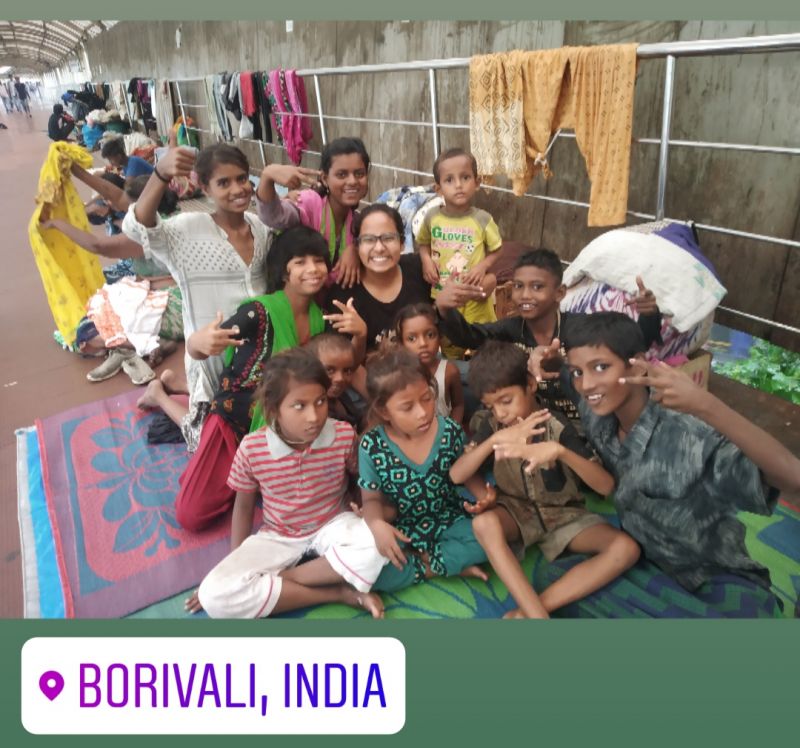 Her ‘Junoon’ to impart education to the underprivileged is inspirational to many who feel the pangs of compassion but walk on and forget all about trying to help the masses of unfortunate children begging at Mumbai’s signals and stations.

Haimanti too believes that “being a good role model is very essential”. She strives to give children an all-around development, prepare and enroll them into a formal education system. “I plan to reach out to more children and families in need of this kind of guidance and attention. Beginning the classes at Borivali was a step forward to give those kids a chance at working and earning a proper living,” Haimanti concluded.