Nevertheless there are indications that the Bangladesh PM may raise the matter and the concerns of her country with PM Modi. 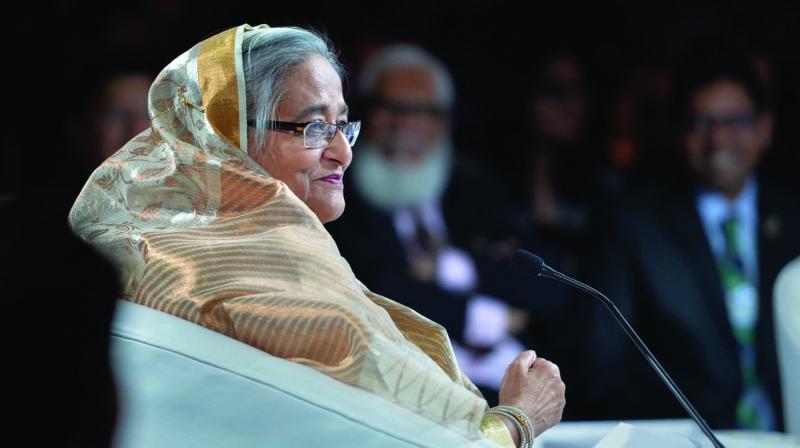 New Delhi: During talks on Saturday between visiting Bangladesh Prime Minister and close friend of India Sheikh Hasina and Prime Minister Narendra Modi, the controversial National Register of Citizens is likely to be discussed between the two leaders, even as the two countries are expected to ink “six to seven pacts” in the fields of transport, connectivity, capacity-building and culture”. The two leaders will also “jointly inaugurate three bilateral projects via video link”.

Asked whether the NRC issue would be discussed between the two leaders, MEA spokesperson Raveesh Kumar said, “I would not like to prejudge what is going to be discussed.” The Bangladesh PM had landed in New Delhi on Thursday as part of a four-day official visit.

Nevertheless there are indications that the Bangladesh PM may raise the matter and the concerns of her country with PM Modi. The visit of Sheikh Hasina is taking place in the wake of the controversy over the NRC in Assam even as Bangladesh has been consistently maintaining that it would not take back any alleged illegal immigrants from Assam in wake of the completion of the NRC process in the north-eastern Indian state. Bangladesh has been maintaining that any alleged illegal immigrants in India are not Bangladeshis. NRC was prepared to reportedly identify Indian citizens living in Assam since March 24, 1971 or before.