While the Congress led UDF has demanded that a case be registered against PWD minister G Sudhakaran for 'insulting womanhood'. 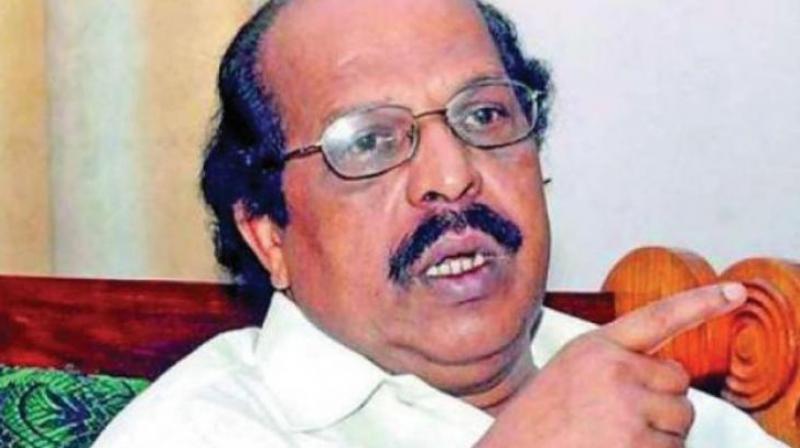 While addressing a meeting, Sudhakaran had reportedly said on Friday that using lies no "puthanas" can win the polls. (Photo: File)

Aroor: A Kerala minister has kicked up a row by describing Congress-led UDF candidate Shanimol Usman, who is trying her luck from the Aroor assembly constituency in the October 21 bypoll as "Puthana" (demoness).

According to Hindu mythology "Puthana", who assumed the disguise of a beautiful young woman, had tried to breastfeed Krishna with poison when she was killed by the infant god.

While the Congress led UDF has demanded that a case be registered against PWD minister G Sudhakaran for "insulting womanhood" with his remarks, Usman and UDF workers observed a fast protest in Aroor on Saturday.

The Mahila Morcha has sought an apology from the minister.

Reacting to the comments, Shanimol said she was "deeply hurt".

Lashing out at the ruling CPI(M)-led LDF, Senior Congress leader VM Sudheeran said in the name of women's empowerment, the LDF government had used public money to raise a "woman's wall" through the length and breadth of the state during the height of the Sabarimala agitation last year.

The remark was a "perverted reflection of the CPI(M)'s mean politics", he said.

While addressing a meeting, Sudhakaran had reportedly said on Friday that using lies no "puthanas" can win the polls.

After the issue snowballed into a controversy, the minister described her as his sister whom he had known for over 40 years and denied having insulted her.

A case had been registered against Shanimol Usman, for allegedly disrupting the construction work of Eramallur-Ezhupunna Road on September 27, but the complaint was filed two days later by the assistant executive engineer of the Public Works Department.

The Congress had alleged that filing of the case was "political vendetta" against the candidate.

Shanimol had unsuccessfully contested the Lok Sabha polls in April this year from Alappuzha.

She was the only candidate who was defeated with the opposition UDF winning 19 of the 20 seats.

Bypolls are being held in five assembly constituencies in Kerala as sitting MLAs had been elected to the lower house of Parliament.