The PMO also released a list of hand picked songs which will be played during their meal. 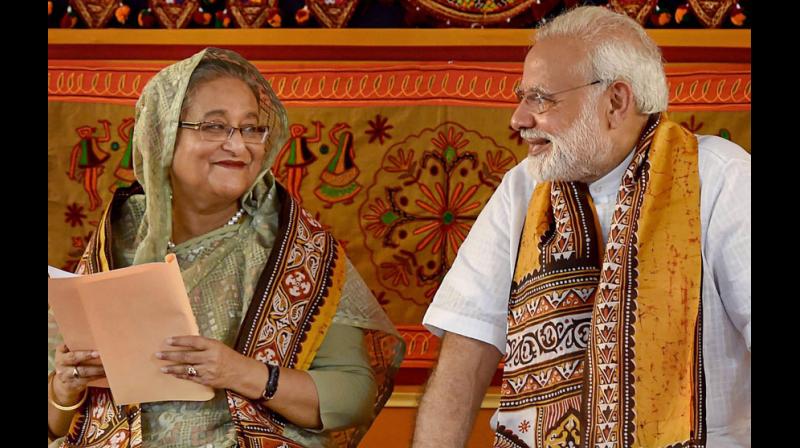 New Delhi: Bangladesh Prime Minister (PM) Sheikh Hasina, who is on a four-day visit to India will have lunch with PM Modi on Sunday at Hyderabad House in New Delhi.

The Bangladesh PM will be treated to a vegetarian treat with food items like dahi bhalla papri, badshahi pulao, bharwan kumbh rogani, shahi dungri dal and chenna malpua. The meal will end with filter coffee or traditional qahwa, NEWS18 reported.