India   All India  05 Oct 2019  Everything you heard about Gandhi and capitalism is wrong
India, All India

Everything you heard about Gandhi and capitalism is wrong

The other canard about Gandhi in this context is that he hated modernity, machines and technology. 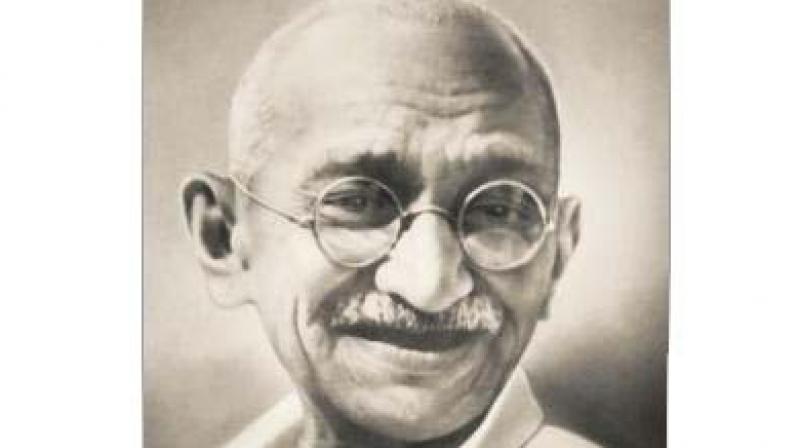 That Mahatma Gandhi died in the home of a capitalist should tell us something.

A few years ago, when I was writing Recasting India, I discovered what I think of as the greatest lie ever told about Gandhi — that he was somehow against business, against enterprise or against entrepreneurship.

This is startlingly untrue, though repeated every single day in some part of the world. Gandhi was austere. He believed in personal renunciation. This is very different from the socialist or Communist disdain for private property. Gandhi’s Theory of Trusteeship focusses on the use of the wealth that is generated through business arguing that it is selfish abuse of that wealth, and not the generation of the riches, which is the root of evil.

Today, rather foolishly, it is argued that Gandhi was against enterprise, indeed even against modernity, against machines, against technology — but any thoughtful reading of Gandhi would blow away such inaccuracies.

The question to ask, in this context, is the following – what really did Gandhi mean when he spoke of capitalism?

What kind of system did he have in mind? What kind of process of capitalism was he really thinking about? And is it really true that he hated capitalists? How is it that Gandhi sought and accepted patronage both for himself and the Indian National Congress throughout India’s independence movement from the leading business people of that age if he hated capitalists? The answers to these questions are rarely ever honestly explored in the polemical battles on Gandhi.

Consider Gandhi’s conversation with the French journalist Charles Petrasch at London in 1931. Gandhi is asked what was the method through which the Indian rich were acquiring their wealth? He says, it was by exploiting the masses. But, comes the question, could they become rich without exploiting the masses? Yes, they can, says Gandhi, up to a certain point. The Mahatma then goes on the elucidate what he calls in that interview his “social theory” which is remarkably clear and resonates with the best practices of our progressively aware times. He says although human beings are born equal and have the right to equal opportunities, there is little doubt that not everyone has the same abilities.

“I should allow a man of intelligence to gain more and I should not hinder him from making use of his abilities,” Gandhi told Petrasch. But his concern was greed. Such a man with high ability should not, in Gandhi’s moral worldview, seek to use the privilege of his abilities to abuse others or extract gains that he does not deserve.
Therefore, it would be the ethical thing to do to treat all excessive wealth earned as riches held as a trustee to the general society-at-large. In this manner, Gandhi argued, the rich could become trustees of the wealth of society which they had generated using their abilities but in order to be morally upright, to be good, they had to be cognizant of the fact that there were limits to personal consumption. And instead of fueling endless greed, they would use their wealth, as trustees to society, for the greater good for mankind. As Gandhi explained, “they could keep the money, but they would have to work for the benefit of the people who procured them their wealth”.

In a curious sense, it occurs to me that perhaps Bill and Melinda Gates, who are giving most of their wealth away to fight some of the world’s most difficult problems, would understand the core idea of Gandhi’s trusteeship model.

In fact, not only did Gandhi never suggest that Communism or socialism was a good idea, in this interview, he clearly expressed his skepticism of the Soviet model. “The Soviet system is founded on the employment of force, I have strong doubts on its final success,” remarked Gandhi when asked about the admiration some Indians felt, at that time, for the Communist model and its revolution.

Mahatma Gandhi, as it turns out, was justified in being skeptical - history has proved him right.

The other canard about Gandhi in this context is that he hated modernity, machines and technology. But once again, to read with care Gandhi is to understand, especially in our environmentally threatened age, how wise his views on the abuse of machines and technology really was – and how ahead of his time, his preference for the bespoke, the hand-made, the, as it were, organic.

He recognized that even the tools he so loved, the charkha or the spinning wheel, “and similar instruments are clearly machines… I am willing to admit that it is largely the abuse of machine system which is responsible for the exploitation of the working class in the world”.

Gandhi was one of the – perhaps the only – world leader of his time who clearly saw the environmental destruction that was being seeded by the abuse of industrialization. It is only today that we are being able to understand what kind of technological abuse worried Gandhi and why.

It is quite clear from this interview that when Gandhi spoke about capitalism, he referred to the exploitative form of capitalism which he saw around him in Indian under colonial yoke. This is why he said, “If I come to power I shall certainly abolish capitalism but I shall not abolish capital, and it follows that I shall not abolish the capitalists. I am convinced that the coordination of capital and labour is perfectly possible. I have seen it realized with success in certain cases, and what is true in one case can become true for all. I do not consider capital itself an evil, no more than I consider the machine system in itself as an evil”.

Mahatma Gandhi was a pioneer in pointing out the excesses and abuses that could (and does) plague capitalism and wanted to weed them out early – and frequently – using a moral, ethical framework. In that sense, he was one of the first advocates for conscious and concerned capitalism. A capitalism that has learnt to care.