In a four-page resignation letter, Tanwar has expressed that Congress is going through an internal crisis. 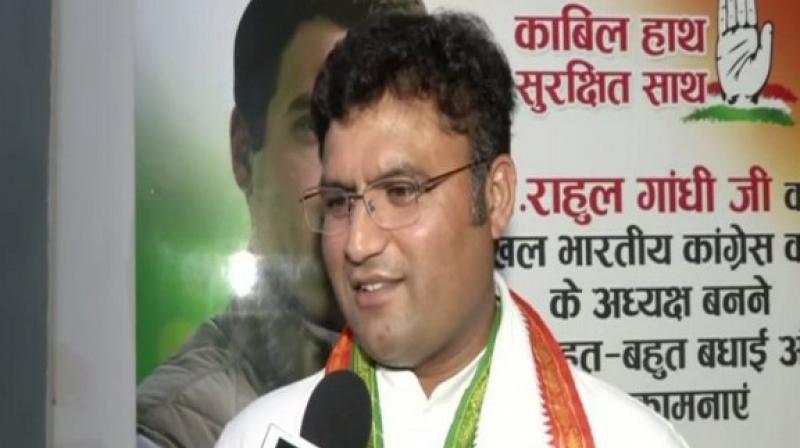 Tanwar's resignation comes ahead of Assembly elections in Haryana this month, for which he was also among the party's star campaigner. (Photo: File)

Chandigarh: Stating that the party has drifted away from its basic principle and ideology, former Haryana Pradesh Congress chief, Ashok Tanwar announced his resignation from the primary membership of Congress on Saturday.

"Now the Congress is the anti-thesis of democracy, plagued by feudal attitudes and medieval conspiracies...Congress visibly have drifted away from its basic principles and ideology. My experience of last few years has been that internal democracy in the party is being killed by selfish interests of a few lobbies", he said in his resignation letter.

Tanwar's resignation comes ahead of Assembly elections in Haryana this month, for which he was also among the party's star campaigner.

Tanwar tweeted his resignation letter on Saturday and he wrote, "After long deliberations with party workers and for reasons well known to all Congressman and public, I hereby resign from the primary membership of the INC India."

In a four-page resignation letter, Tanwar has expressed that Congress is going through an internal crisis.

He also expressed his discontent over ticket distribution during the Lok Sabha polls and in Jind bye-elections earlier this year.

In the letter, Tanwar further stated, "In the last few years there is a conspiracy going on in the party to eliminate leaders groomed by Rahul Gandhi in the last one and a half-decade."

He also outlined that his fight is not personal but against the system which is destroying the grand old party.