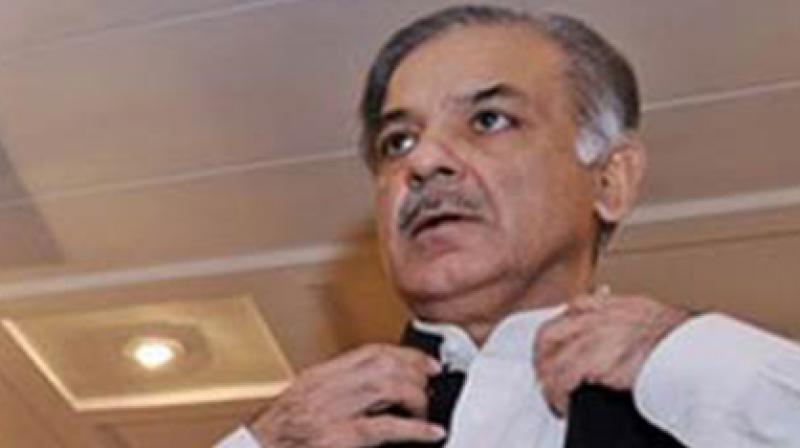 "Shahbaz Sharif on Friday appeared before an investigation team of the National Accoun­tability Bureau Lahore. He was arrested after he failed to satisfy the investigator for his alleged role in awarding contracts to his favourite firm in violations of rules in the Ashiana Housing scheme and Punjab Saaf Pani Company,” NAB spokesperson Nawazish Ali Asim told news agency PTI.

Shahbaz will be presented before an accountability court for a physical remand on Saturday, he said.

Shahbaz was allegedly involved in the corruption of Rs 14 billion Ashiana Housing project and Rs 4 billion Punjab Saaf Pani Company scams. This Saaf Pani Company was established by Shehbaz's previous Punjab government to conceive, plan, design, execute and manage projects for the provision of safe drinking water in terms of both access and quality, to communities living in rural areas of the province.

Shahbaz's son-in-law Ali Imran Yousuf is also facing corruption inquiries in this case. He has fled to the UK and the NAB has written to the interior ministry to bring him back from abroad through Interpol.

Shahbaz's son Hamza has also been probed by the NAB for presiding over the company's board of directors meetings many times to issue directions for award of contracts to favourite firms.

The Sharif family's advocate Amjad Pervaiz told reporters that Shahbaz is an opposition leader in the National Assembly and he cannot be arrested without the permission of the Speaker.

In July, Nawaz Sharif, his daughter Maryam Nawaz and Capt (retd) Muhammad Safdar were sentenced to 11 years, eight years and one year, respectively, in prison in the Avenfield properties case related to the purchase of four luxury flats in London through corrupt practices. But, the Islamabad High Court freed the trio on bail last month and suspended their sentence after they challenged the Avenfield verdict.

However, the 68-year-old Sharif is facing two more corruption cases filed by the NAB on the Supreme Court's order following the Panama Papers scandal. The Panama Papers case is about alleged money laundering by Sharif in the 1990s when he twice served as Pakistan's prime minister to purchase assets in London.