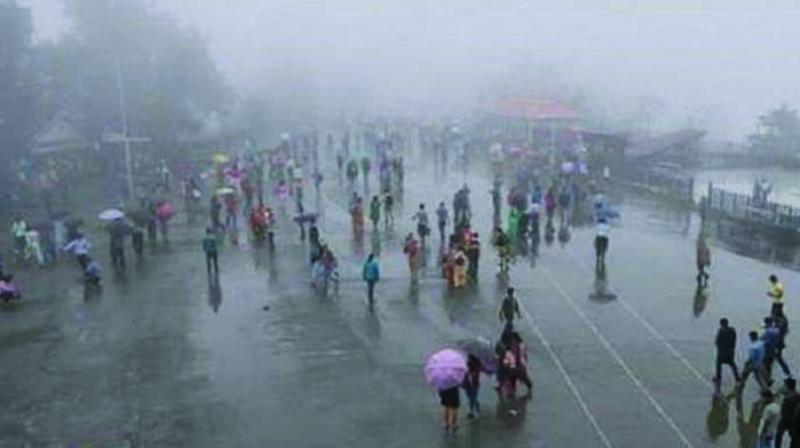 The bulletin also warned of widespread rain ranging from heavy to very heavy rain at isolated places during the next four or five days in Tamil Nadu, Kerala and Lakshadweep.

Chennai: The Indian Meteorological Department’s National Weather Forecasting Cen-tre has issued a red alert to Tamil Nadu, Kerala and Puducherry, warning of “heavy to very heavy rain with extremely heavy falls at isolated places” on October 7 due to the severe storm in the Arabian Sea.

Although the communication received by the TN government did not mention any specific areas, the IMD’s weather bulletin said, “Ghat areas of Tamil Nadu and adjoining parts of Kerala are likely to experience isolated extremely heavy falls around October 7.” The bulletin also warned of widespread rain ranging from heavy to very heavy rain at isolated places during the next four or five days in Tamil Nadu, Kerala and Lakshadweep.

Usually, a red alert is given for severe cyclonic storms and disasters like a tsunami. After the devastating Kerala floods in August, the union government is taking no chances and issued a red alert urging the state governments to take precautionary steps. The TN government on Thursday alerted all district collectors and first responders to keep the vigil on vulnerable areas and to keep the relief camps ready. Fishe-rmen in TN and Puduc-herry have been warned not to venture into the sea for the next few days.