25,000 troops to deployed for polls in three key states

The additional deployment of 250 companies in the three states will done after withdrawing them from other duties and training. 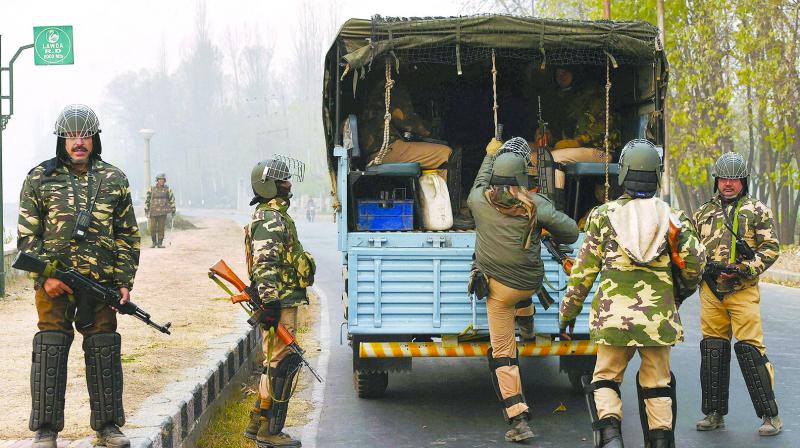 The additional deployment of 250 companies in the three states will done after withdrawing them from other duties and training. ( Photo: PTI)

New Delhi: Centre has decided to deploy 25,000 security personnel from the central para-military forces and state police for the coming Assembly elections in Chhattisgarh, Madhya Pradesh and Rajasthan. The deployment would be in place by October 15 in the respective States allotted for security duties to the forces.

Sources claimed that Election Commission is likely to announce the poll schedule in the next few days but security forces have been directed to complete their deployment by Oct 15 and start conducting area domination exercise to ensure smooth conduct of election.

The deployment of 250 companies of Central forces is in addition to the one already involved in anti-Naxal operations and assisting in other law and order duties in the restive poll bound states. Chhattisgarh already has nearly 40 battalions, comprising nearly about 1,000 personnel each of central forces like CRPF, BSF and ITBP to deal with the Naxal violence.

The additional deployment of 250 companies in the three states will done after withdrawing them from other duties and training.

Most of these security personnel are being re-deployed from Uttar Pradesh, Maharashtra, Haryana and Gujarat. The forces will be sent back to these states once the election process is completed.

Security personnel being deployed in Chhattisgarh have been specifically asked to carry their own night vision devices, communication equipments like satellite phones, bullet proof jackets, GPS systems and armoured vehicles as far as possible  for safety and other requirements.

These instructions have been issued as forces already deployed in Chhattisgarh are already involved in security operations and would not be able to spare their gadgets for the new units being deployed for poll duties.