He said, in an order issued jointly with Justice Prakash Tantia, it is the duty of government to discourage such relations. 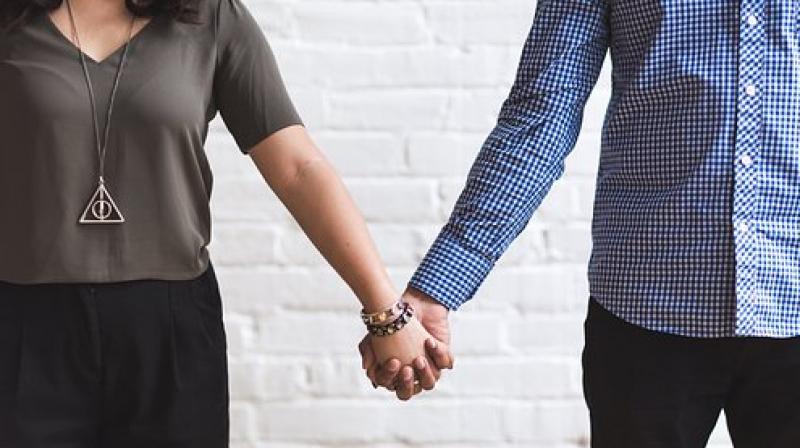 The chief of Rajasthan Human Rights Commission, who as a High Court judge had made headlines with his “peacocks don’t have sex” remark, has marred women’s dignity by saying they are “akin to concubines” in live-in relationships. (Representational Image)

Jaipur: The chief of Rajasthan Human Rights Commission, who as a High Court judge had made headlines with his “peacocks don’t have sex” remark, has marred women’s dignity by saying they are “akin to concubines” in live-in relationships.

Urging the government at both Centre and states to prohibit live-in relationships, he said, in an order issued jointly with Justice Prakash Tantia, it is the duty of government to discourage such relations.

Quoting various decisions of the Supreme Court on live-in relationships, Justice (Retired) Mahesh Chandra Sharma on Wednesday said such "animalistic lives are against the basic rights enshrined in constitution and against their (women's) human rights".

Calling it "an extremely retrograde judgement, which needs to be condemned" rights activist Kavita Srivastav said they can challenge it in the Rajasthan High Court. "He is asking the government to make a law against live-in relationships and to challenge the 'in the nature of marriage' clause of the Domestic Violence Act," she added.

In several judgements, the Supreme Court not only said adult couples can have live-in relationships, it also brought such relationships under the ambit of the law on domestic violence. In a judgement in May last year, the court had noted that the legislature had also recognised "live-in relationships" which have been covered under the Protection of Women from Domestic Violence Act 2005.

In another judgement, the court said parliament has to bring in proper legislation so the women and the children born out of such kinds of relationships be protected.

The top court had also identified the conditions that would make a relationship "in the nature of marriage". The list includes the man and the women being unmarried, being of a legal age to marry and who "hold themselves out to society as being akin to spouses".

Three years ago, Justice Sharma had made headlines when on his retirement day from Rajasthan High Court, with his bizzare remark that peacocks use their tears to fertilize eggs.

"The peacock is a lifelong brahmachari (celibate). It never has sex with the peahen. The peahen gets pregnant after swallowing the tears of the peacock," he said, while recommending cows be given the status of the national animal.

Comparing a cow to the national bird, he described both the species as "pious".