Khan is scheduled to be sworn-in on Friday by the Chief Justice of Kerala High Court who would administer the oath of office. 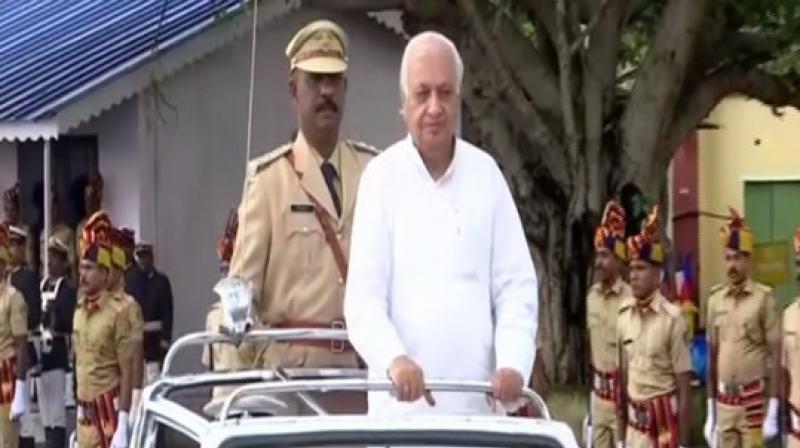 Former Union Minister Khan was appointed as the Governor of Kerala on September 1. (Photo: ANI)

Former Union Minister Khan was appointed as the Governor of Kerala on September 1.

Khan is scheduled to be sworn-in on Friday by the Chief Justice of Kerala High Court who would administer the oath of office.

Khan will be replacing Justice (Retd) Palanisamy Sathasivam who was appointed as governor of the state in September 2014.

After his appointment, Khan had said that his role will be to ensure that democratically elected government in the state functions in accordance with the provisions of the constitution.

Former Congress leader Khan had in past voiced his support for many decisions of the BJP government and including the Triple Talaq bill.

Khan, who a Union Minister during former Prime Minister Rajiv Gandhi's tenure, had resigned from his position after the then government decided to overturn the Supreme Court judgment in the Shah Bano case by bringing legislation in the Parliament.

He had also left the Congress party in 1986 over Muslim Personal Law Bill and triple talaq legislation.