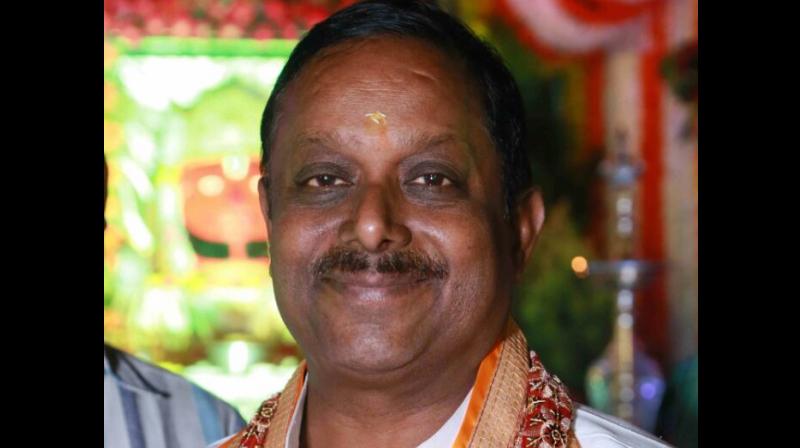 New Delhi: A Congress leader from Madhya Pradesh has put out an advertisement in newspaper to sell his house and shops, saying he wants to buy a "safe plane" for his party president Rahul Gandhi.

In April this year, Rahul Gandhi's chartered plane came seconds close to crashing in Karnataka. According to the Directorate General of Civil Aviation (DGCA), a "delayed action by the flight crew" led to the aircraft taking a sudden plunge, listing dangerously to one side and rattling for a few moments.

Madhya Pradesh Congress leader Ashok Jaiswal said the incident scared him and he decided to raise money to buy a safe and very latest plane for Rahul Gandhi, so he can use it for his 2019 Lok Sabha election campaigns.

"After I decided to sell my house and shops, my friends have also volunteered to sell theirs. The collected fund will be sent to 24 Akbar Road," Jaiswal said.

"Since 2019 Lok Sabha elections are coming, Rahul Gandhi will be travelling extensively. We want to keep an honest leader like him safe," Jaiswal, who has been in Congress for 40 years, added.

Jaiswal charged at the BJP, saying its "policy to wipe out Opposition" betrays its dictatorial stance.

"PM Modi wants a "Congress-mukt Bharat", but I feel a strong Opposition is important for a healthy democracy. Gandhi family is an honest family and has made great sacrifices for the nation," Jaiswal said, adding that Indira Gandhi and Rajiv Gandhi lived and died for the country.

"Sonia Gandhi has denied prime ministership multiple times. It's an honest family that sacrifices," he added.

Jaiswal appealed to his party colleagues across the country to pitch in for a plane for the safety of Rahul Gandhi.