Bhatt and 7 others, including some former cops attached with Banaskatha Police, were detained for questioning in case, Gujarat CID said. 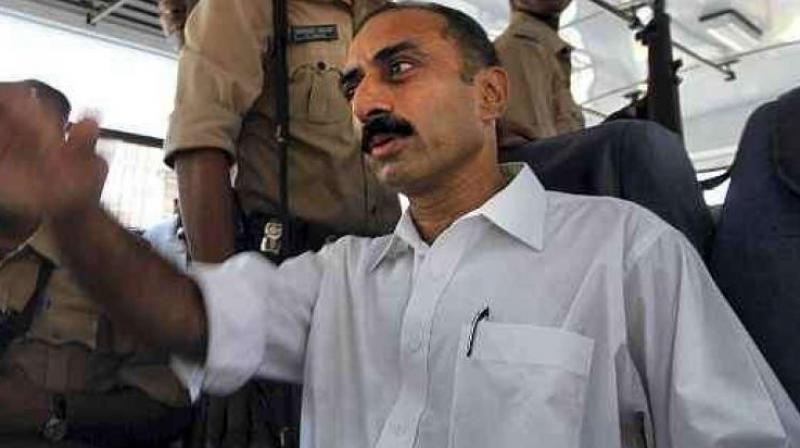 Banaskatha Police under Sanjiv Bhatt had arrested Sumersingh Rajpurohit, an advocate, in 1996 on charges of possessing around one kg of drugs. (Photo: File | PTI)

Ahmedabad: Former IPS officer Sanjiv Bhatt was detained Wednesday by the Gujarat CID in connection with a 22-year-old case of arrest of a man for alleged possession of drugs, a senior police official said.

Bhatt and seven others, including some former policemen attached with the Banaskatha Police, were detained for questioning in the case, Director General of Police, Crime Investigation Department (CID), Ashish Bhatia said.

Bhatt was the Banaskantha district superintendent of police in 1996. As per case details, the Banaskatha Police under Bhatt had arrested Sumersingh Rajpurohit, an advocate, in 1996 on charges of possessing around one kg of drugs. At that time, the Banaskanta Police had claimed that drugs were found in a hotel room occupied by Rajpurohit in the district's Palanpur town.

In June this year, the Gujarat High Court had handed over the probe in the case to the CID while hearing Rajpurohit's plea. The high court had asked the CID to complete the probe in three months.

The CID found substance in charges against Bhatt, which led to his detention, Bhatia said, adding that Bhatt and some others could be arrested after questioning. Bhatt was sacked by the Union Ministry of Home Affairs in August 2015 for "unauthorised absence" from service.