Rayees said he was working in the department for the last seven years as a constable and had vowed to serve the people. 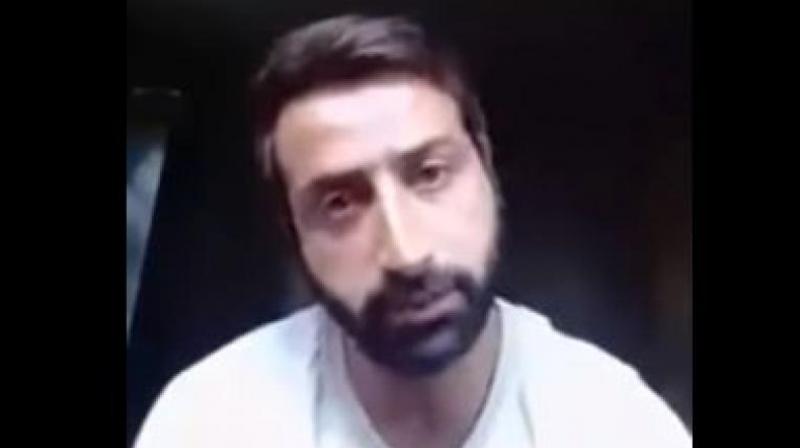 Rayees said he was working in the department for the last seven years as a constable and had vowed to serve the people. (Photo: YouTube screengrab)

Srinagar: A video of a constable announcing his resignation from the Jammu and Kashmir police on the "call of his conscience" against the violence in the valley, has gone viral on social media even as the police said they are checking its veracity.

"I have resigned from (Jammu and Kashmir) police department so that my conscience does not keep on asking me questions whether I am right or wrong as a policeman to see the bloodshed here," a young man, who identifies himself only as Rayees, said in the video.

Rayees said he was working in the department for the last seven years as a constable and had vowed to serve the people.

"At the time of joining this department, I had vowed to serve civilians and take up the responsibilities of my family. I think I was doing jihad (holy war) as it is a means to fight the unnecessary desires within oneself and also to fight for humanity, but the situation has worsened in the Kashmir Valley. An unstoppable storm has emerged in Srinagar.

"Every day, Kashmiris are getting killed, some are losing their eyes, some are in jails and some under house arrest. This entire problem is because a Kashmiri is seeking his right which is the plebiscite," he said.

Rayees said the problem in Kashmir is because the promise of a plebiscite was never fulfilled.

"The bloodshed here is because the plebiscite never took place. Even Indians and Pakistanis are dying here, but Kashmir suffers the most. Neither do I like Pakistan nor do I hate India, I only love my Kashmir, I want peace here," he said.

"It is not in my hands to resolve this issue, but there is another issue for which I have shared this video. I am watching this bloodshed as a policeman and my conscience keeps on questioning me whether it is right or wrong of me.

"I had no answer, but now I have come up with a resolution of this issue, my own issue, and I have decided that I will resign from my job and I am sharing with you through this video that I have resigned," he said.

Rayees said he can bear anything but cannot see his conscience die inside of him.

"As far as my jihad is concerned, I will continue my struggle by doing hard work to fulfil the basic necessities of my family. I am from a poor family, my father is a labourer and I will work hard to take care of my family, but I cannot see my conscience dying. I can bear anything but I cannot ignore my conscience," he said.

A police spokesman said the department is checking the veracity of the video and the claim by Rayees.