Defence minister-designate Nirmala Sitharaman’s experience in FDI to be crucial. 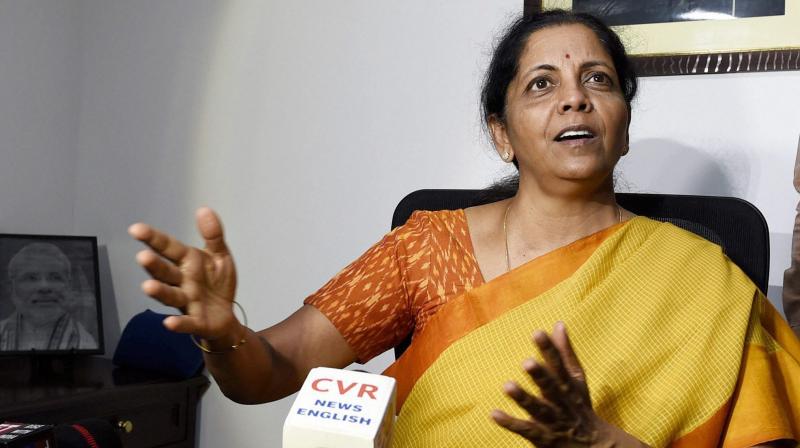 Nirmala Sitharaman addresses the media at her residence in New Delhi after taking oath as a Union Minister. (Photo: PTI)

New Delhi: The newly-named defence minister Nirmala Sitharaman’s experience as a commerce and industry minister on the foreign direct investment (FDI) front, among other factors, may have contributed significantly in her elevation to the key defence ministry, considered to be among the four most important ministries along with home, external affairs and finance.

Before breaking the “glass ceiling” as India’s first woman full-time defence minister, Ms Sitharaman, as the Union commerce and industries minister, had been overseeing a policy overhaul effort to ease FDI limits in defence products.

It is the commerce ministry’s department of industrial policy and promotion (DIPP), which has the mandate of formulating the country’s FDI policy, that had been working in unison with the defence ministry for the new proposal.

A key element of the proposed policy is the suggestion of different FDI limits for various military products in place of a blanket FDI policy for defence as is the practice now. At present, there is a cap of 49 per cent for FDI through the automatic route in defence, with any enhancement to be decided on a case-to-case basis with an eye on getting access to high-end technology.

The reason for this proposed change in relaxing FDI limits is a failure of the government to attract FDI into India’s military sector despite a sustained promotion of the flagship Make in India programme.

This newspaper had earlier reported on the defence ministry’s recent proposal that was prepared in consultation with the commerce ministry, which suggested an enhanced FDI limit of 100 per cent through the automatic route for various classes of tanks and armoured fighting vehicles, 76 per cent in manufacture of fighter aircraft, helicopters, unmanned aerial vehicles, 100 per cent in the making of fixed wing aircraft like cargo and transport aircraft and an entire range of aircraft products and components like aero engines, avionics, radars, aerostats etc.

Other caps through the automatic route include enhanced limits of 51 per cent for warships and submarines of various kinds while FDI limits for the entire range of small weapon systems like rifles, carbines, revolvers, projectile launchers, military flame throwers, different classes of ammunition has been kept at 49 per cent as the country has demonstrated capability in their production.