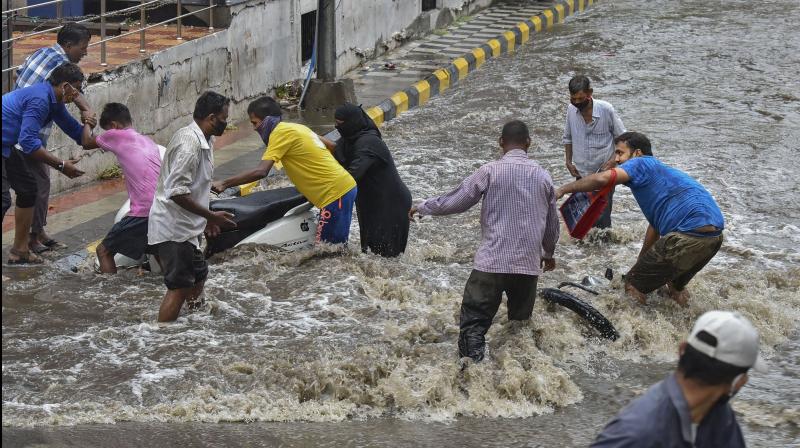 Mumbai: Heavy rains lashed parts of Mumbai and neighbouring Thane and Palghar districts of Maharashtra on Wednesday morning, and the weather department has predicted more intense showers during the day in view of the thick cloud over the region.

Besides, the weather station at Bhayander in Thane recorded 169 mm rainfall while the one at Mira Road reported 159 mm during the same period, he said.

As per IMD's website, Thane city, Dombivli and Kalyan areas, which are part of the Mumbai Metropolitan Region (MMR), received more than 120 mm rainfall during the same period.

Mumbai city and suburbs like Bandra and Kurla received rainfall in the range of 30 mm to 70 mm in the last 12 hours.

"The cloud activity indicates that there would be one more intense rainfall day on Wednesday, Hosalikar tweeted.